Home to Northern Ireland’s capital city Belfast, Antrim is one of the most-visited counties on the island of Ireland. And there are 9 great reasons why! Bursting with 17 castles, 9 glens and 1 St. Patrick, Antrim is full of much-loved treasures and wee hidden gems. Read on to enjoy our top insider tips, as we bring you the best things to do, sip, and send home in our bucket list essentials for your trip to County Antrim.

Antrim is not just about reaching your destination. With roads crossing glen to coast, some of the most memorable sights of your holiday will be found on the journey. And Antrim’s 9 glens are at the heart of that hilly, coastal beauty that has made it one of the most recognizably Irish landscapes around the world. The Glens, as they’re known by locals, are valleys that radiate from the Antrim plateau to the nearby coast. The result is one of the most dramatic mountains to sea views you can enjoy anywhere in the world.

2. St. Patrick is from Antrim 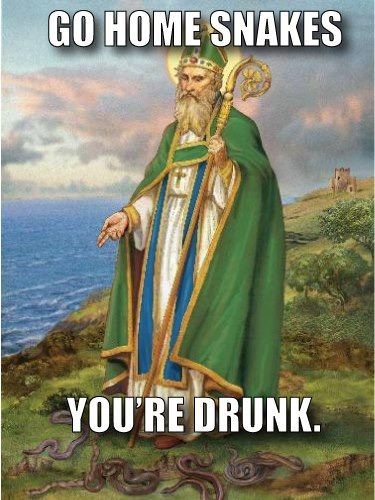 Patron Saint of Ireland celebrated all over the world on March 17th, Patrick spent a lot of time in County Antrim. OK, it was in the unfortunate early days when he arrived in Ireland as a kidnapped slave. But still, good to know, Patrick is an Antrim man.

In a land justly famous for its whisky, the Bushmills Inn invites visitors to sip a malt on the rocks by gaslight. Yes, the bar in the Bushmills Inn is still lit by gas, showing off roaring peat fires, nooks, crannies, and a secret library. The inn has a private cask of malt reserved just for visitors, winning the distillers a prestigious AA Rosette. Within walking distance of some of Antrim’s greatest beauties, the Giant’s Causeway, Carrick-a-Rede rope bridge and Dunluce Castle, just remember – none of these steep sites are to be approached after a whisky!

Antrim is a county of castles. There are no less than 17 jaw-dropping historic sites to visit in the area. With one more beautiful than the next, it’s hard to pick a favorite. But our top tip must-visit goes to the majestic Dunluce, a now-ruined medieval castle located on the edge of a basalt cliff. Dunluce is accessed by a bridge that connects it to the mainland for the full fairytale feel.

But visitors beware, a trip to the castle by nightfall is not for the faint-hearted. Many ghost stories are told about its inhabitants, past and present. The son of Dunluce’s medieval royal couple swore he saw a woman in white on the edge of the cliff looking out to sea. With such beauty and history, it’s no wonder Dunluce has inspired artists, from CS Lewis’s world of Narnia to rock gods Led Zeppelin.

5. A History of Irish Linen

Linen spinning has a rich history in Antrim, becoming one of the county’s most important industries during the 18th century. Thomas Ferguson is the only remaining damask table linen weaver producing beautiful handcrafted pieces in Ireland today. Weaving Irish linen handkerchiefs & tablecloths since the 19th century, Thomas Ferguson linen is still sold by TheIrishStore. Of the highest quality and rich with Irish history, linen is the perfect souvenir of County Antrim. Experience luxury Irish linen yourself – we can ship to the USA today.

The Black Taxi Tour is a quirky way to experience Belfast’s colorful and moving history. A history-buff taxi driver will take you on a tour of the city’s famous wall art, providing an expert lesson on Belfast traditions and the touching stories of the Troubles.

7. Make it across Carrick-a-Rede

Crossing the rope bridge from the Antrim mainland to the tiny island of Carrick-a-rede is the must-do challenge for all daredevil visitors to Ireland. Built by salmon fishermen who wanted to fish on the island, a bridge has been in use here for over 350 years. Far from these humble origins, the Carrick-a-rede bridge now attracts over 250,000 visitors a year.  Not everyone who takes on the challenge makes it! Tourists with knocking knees have been known to be rescued by boat after failing to plant a foot on the bridge. If you are up for the challenge. the exhilarating view from the rope bridge is rewarded enough. Just don’t look down!

The Antrim landscape is what most people picture when they imagine Ireland. Antrim’s green hills, blue seas and moody greys often seem strangely familiar to recent visitors. And they are – Antrim is now often ‘seen on TV’. Star of blockbusting shows like HBO’s Game of Thrones and the History Channel’s Vikings like all real movie stars Antrim looks even better in real life.

You can’t visit Antrim without seeing the Giant’s Causeway, a UNESCO World Heritage Site. The Giant’s Causeway is an amazing area of 40,000 interlocking basalt columns, formed by a volcanic eruption between 50 and 60 million years ago. Or so scientists say. In Irish legend, it’s more famous as the location of the epic battles of Gaelic hero Finn MacCool. One of the great natural wonders of the world, the Giant’s Causeway is the most popular tourist attraction in Northern Ireland.

Now you’re convinced – you must add a trip to Antrim to your Ireland bucket list! Have you visited Antrim already? Share your photos and memories with the Irish community at TheIrishStore.

9 things you need to know about the...