There’s a lot more to Irish names than just Mary and Sean!

Those are good strong Irish names! But the Irish influence has spread far and wide in the US, showing up in places you might not expect it. There are names you hear every day that you might not guess have Irish roots. Met someone called Brayden? Morgan? Guess what – their name is totally Irish!

Read on and discover the secret Irish meanings of 13 of the most popular first names in the US. The Irish are everywhere!

The name Colin is pronounced “koh-lin” in Ireland. It comes from the native Irish or Gaelic word “Cailean” or “Coileáin”, meaning “whelp”, “cub”, or “young pup”. So if you know a Colin, tell him Ireland says to grow up!

We would say “Koh-lin” Powell in Ireland

Kaitlyn sounds as American as apple pie. But Kaitlyn is actually a modern form of the Irish baby name Caitlin, which derives from Catherine and means “pure”. 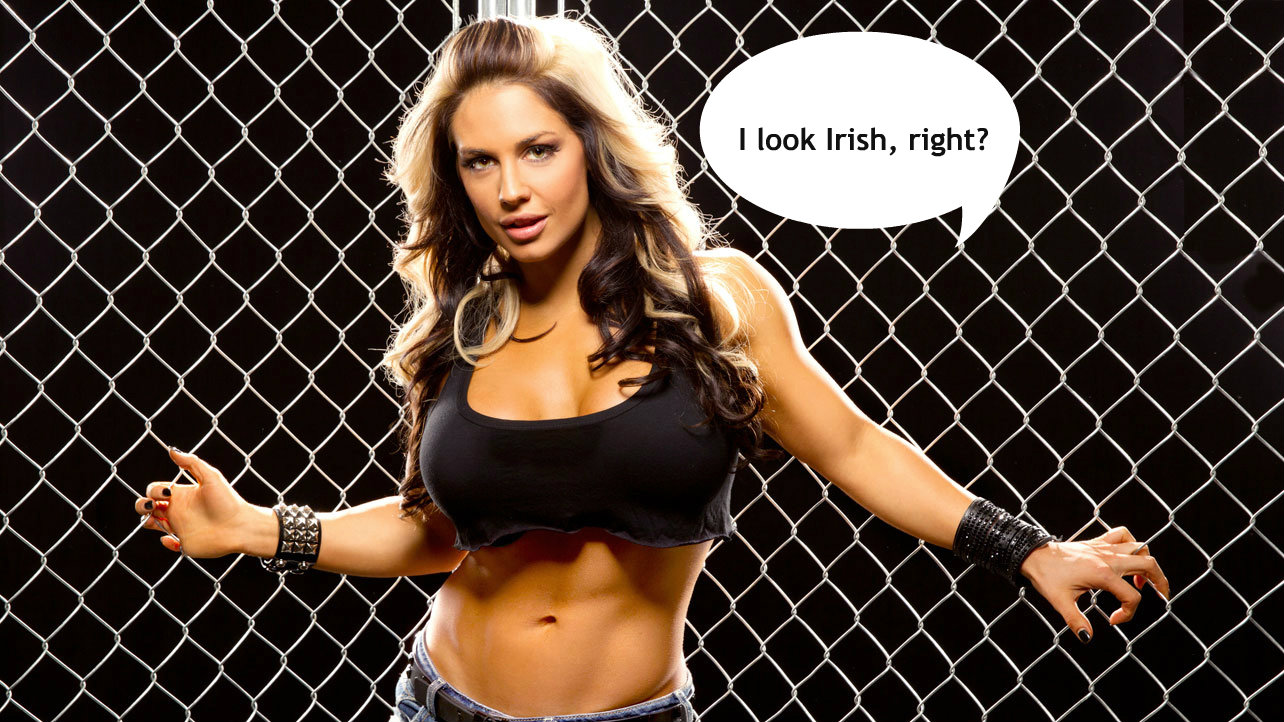 Austin is an American form of the Irish name Oistin, meaning “august”, “dignified” and “holy” – three things both Austins and the Irish are famous for.

Opinions about the meaning of the Irish name Brandon are divided. Some scholars claim the Irish name means “prince” or “brave”. Less kind souls say Brandon derives from the Irish words for “stinking hair.” Either way, the name is totally fitting for 1990s teen heartthrob, Brandon Walsh

Who knew that Brandon’s sister Brenda also had an Irish first name?! It seems the Walsh parents of Beverly Hills gave their boy and girl twins the same name! The Irish girls’ name Brenda is a female variant of Brendan or Brandon and can also mean either “brave” or “stinking hair.”

The popular US baby name Kyle has beautiful and mysterious Irish roots. In Gaelic, the baby name Kyle derives from a place name describing “the narrows” – a forest or a church.

US girls with the name Shannon might be surprised to learn they have an airport named after them in County Clare in Ireland. Shannons also share their name with the “wise river” that runs through Ireland – the origins of the popular American girls’ name.

OK, Kayla? An Irish first name? Really? Yes, Kayla is an Irish name! US Kaylas wll be happy to hear their name is translated from the Irish words for “slim and fair”. Sounds like Kayla to us!

Remember Aidan, Carrie’s boyfriend from Sex and the City? Aidan is also a really popular Irish name! The name Aidan comes from the Celtic word for “fire”.

The 1980s was a healthy time for Irish names in the US, with Coreys Haim and Feldman breaking hearts all over Hollywood. No wonder, with their Irish charm! Corey is an Irish boys’ name translated from the Gaelic place name for a “hill hollow” or ravine. Weird. But that’s Coreys for you!

Show off your name on personalised jewelry

Put your name on a piece of Ireland with a huge range of personalized Irish jewelry and Irish homeware products.

The most wow photos of Ireland

A history of Irish Jewelry

Megan is a Welsh name.

‘Meghan’ is a pseudo-Irish spelling of ‘Megan’ which is not an Irish name at all. In Irish (not ‘Gaelic’) names ‘gh’ is silent, hence ‘Clodagh’ and ‘Geoghegan’ being pronounced ‘clo-da’ and ‘gay-gun’, although the ‘gh’ letter combination is used in Native American names, like ‘Alleghany’.

Hi Ken. Many thanks for your feedback and the correction.

My mother’s maiden name is Collins it is believed there is someone who came over but we don’t know who I have found out through 23andme DNA that I am 52 percent British Irish. I have always loved Ireland and the people.

Yes Collins is quite a popular name here, the most notable being the iconic Michael Collins. Let’s just say you’re 52% Irish! Thanks so much for reading the blog.

I just happened across this site, my brother and I are named Ryan and Meghan. We know our grandparents came to the USA in the early 1900s from Ireland. What is also funny is that my husband is named Micheal and his gparents also came over here in the early 1900s also. So our son is very irish we named him sean tristin. I love finding things about were i came from!

Thanks for reading. I hope you enjoyed the blog. I just love sharing stories!