Hi Everyone.  Summer continues to sizzle here in Ireland as we enjoy record temperatures. there really is no other place I’d rather be when the weather is so glorious. The Journeys Around Ireland series continues this week with a tour around some of my favorite ancient Irish sites. 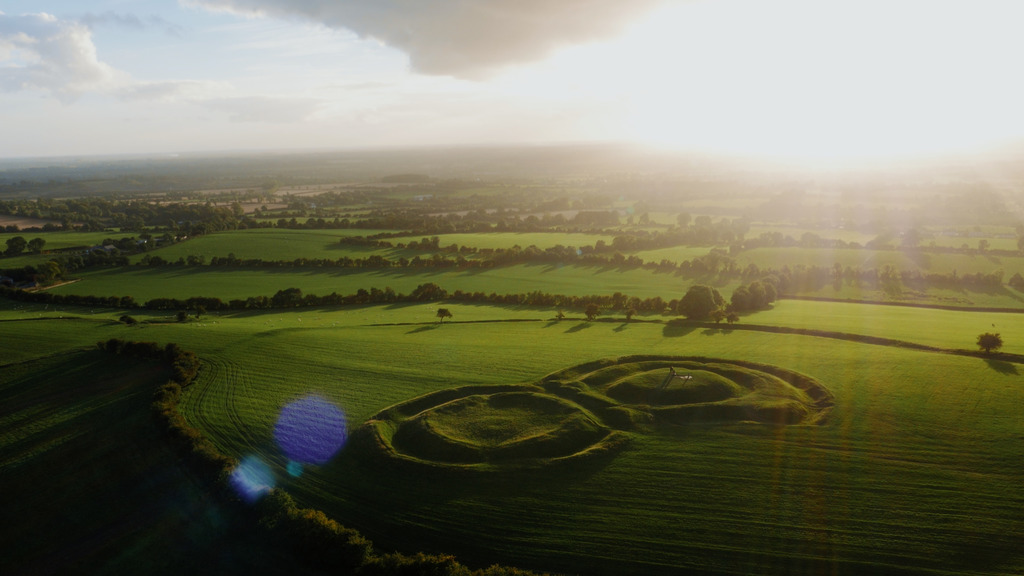 First of all we’ll begin in county Meath in the heart of Ireland’s Ancient East. The ancient seat of Ireland’s High Kings, the summit of the Hill of Tara is marked by the royal enclosure known as the Fort of The Kings. Two earthworks, Cormac’s House and the Royal Seat are linked by a central standing stone known as Lia Fáil (Stone of Destiny).  One od of the most magical ancient Irish sites. It was also near Tara that the one of Ireland’s ancient treasures the Tara Brooch was discovered in 1850. Dating back to between 650 and 750 AD, it’s design is timeless and remains a popular piece of Celtic jewelry to this day. 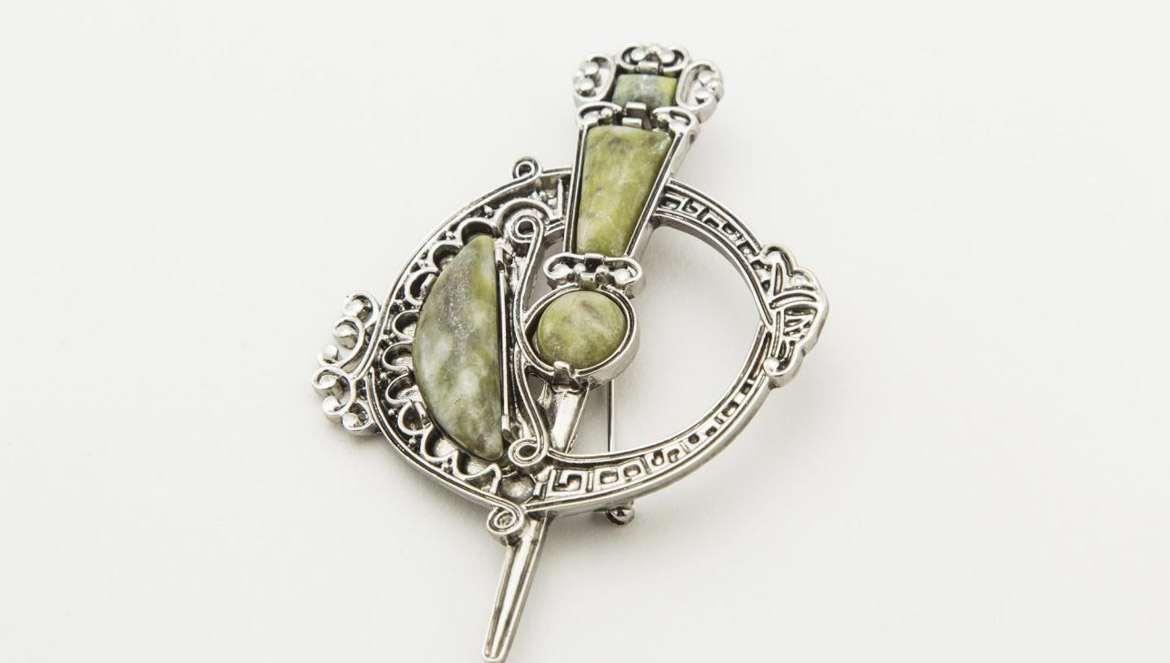 2. Mound of The Hostages 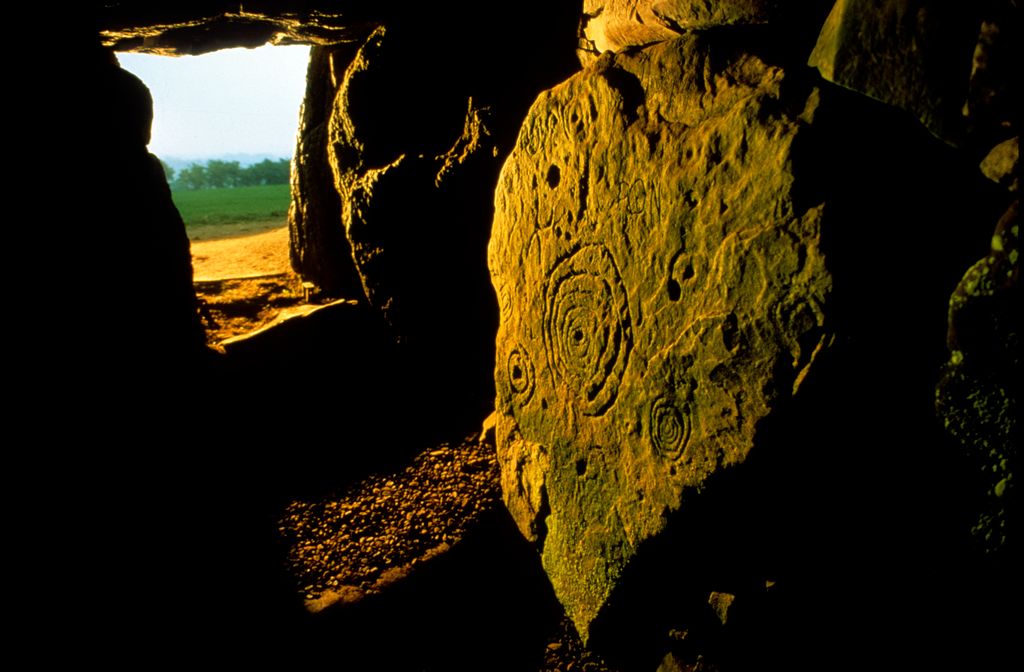 On the days when the Celtic festivals of  Imbolc and Samhain fall, the inner chamber in The Mound of The Hostages at The Hill of Tara is aligned with the rising sun

Imbolc celebrates and welcomes the early days of Spring. Hearth fires were lit as well as candles to represent the increasing power of the sun. A time to celebrate renewal and growth.

Samhain marks the end of the Celtic year, the end of the harvest season and the beginning of winter and the darker half of the year. In ancient Celtic terms, 31 October would have been the equivalent of New Year’s Eve. Because it is believed that at this time of year the division between this world and the otherworld was at it’s most fragile, spirits could pass through more easily. Halloween has it’s roots firmly in this ancient Celtic festival.

Related:  Happy Halloween from Ireland! The home of Halloween! 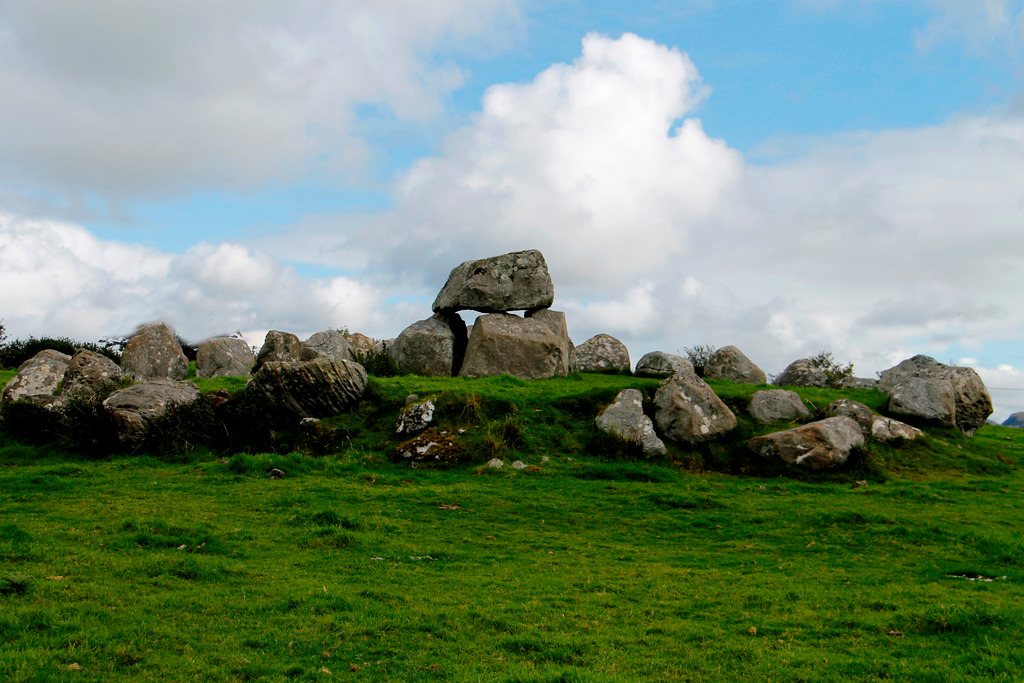 So next we’re heading to the north-west of the country to county Sligo.  Carrowmore megalithic cemetery is the largest of it’s kind in Ireland. 60 tombs exist at this site while some 30 are visible. The monuments are between a staggering 5000 to 5800 years old.

There are in the region of 190 dolmens in Ireland and Poulnabrone Dolmen is one of the most awe-inspiring. Furthermore, the  dolmen stands majestically on a high plateau in the heart of the Burren in county Clare and  is in the region of 5,800 years old! Archaeologists revealed that 21 people were buried in the main tomb. They also discovered that the tomb had been in use for some 600 years. 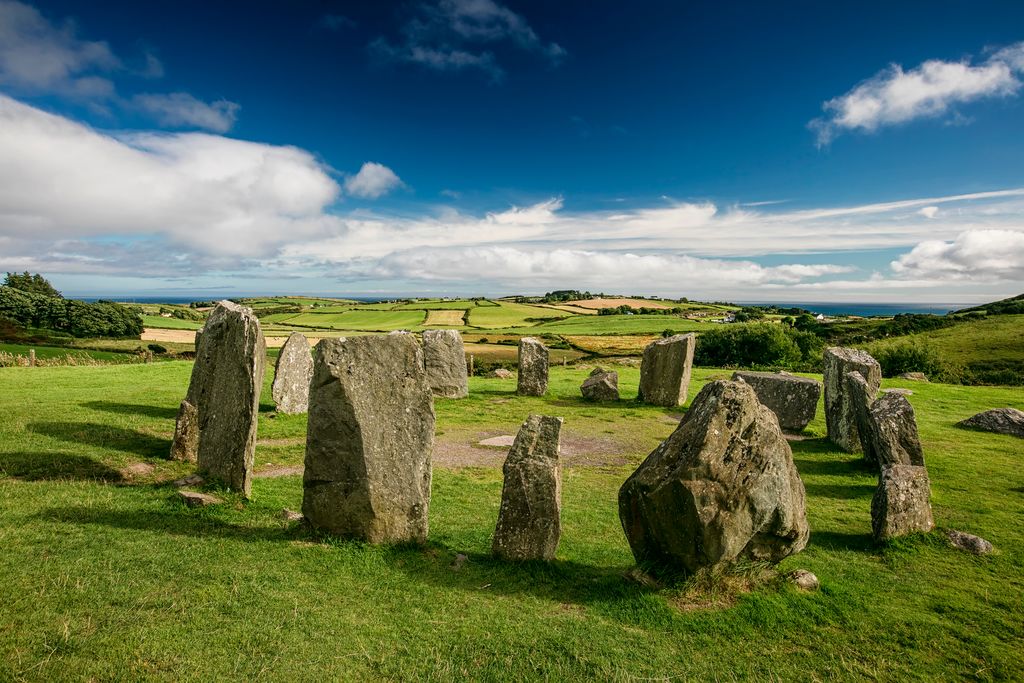 Our next stop is county Cork and Ireland’s Drombeg stone circle at Glandore. The circle stands at the end of a lush valley overlooking the Atlantic Ocean. The circle of 17 standing stones is also locally known as the Druid’s Altar. Excavation revealed that an urn had been buried in the center of the circle. It is dated between 153 BC and 127AD. 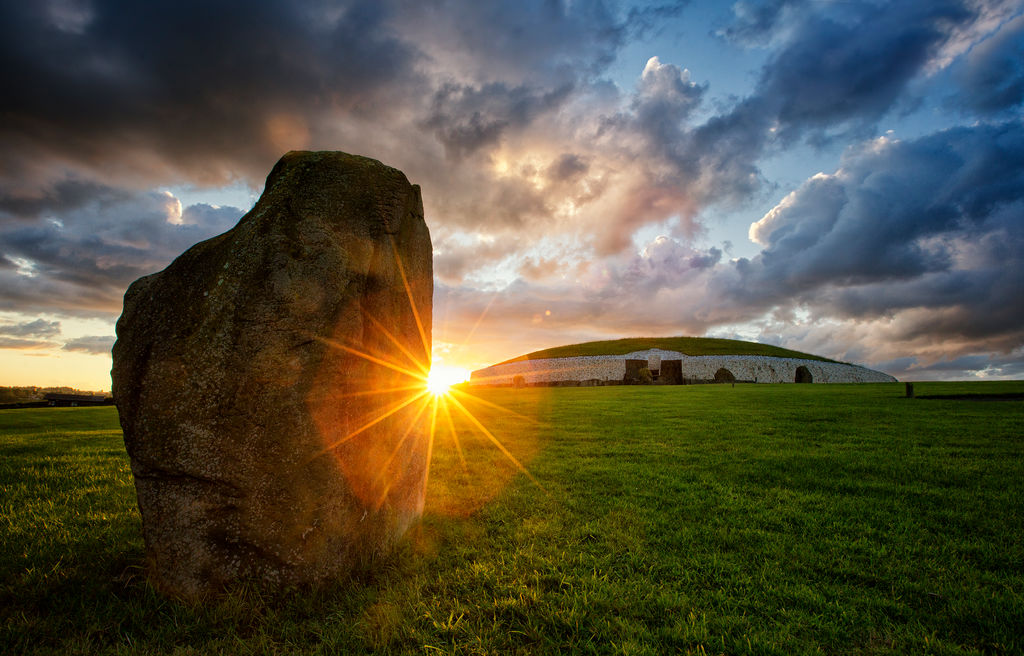 The last but certainly not least of our ancient Irish sites is the iconic Newgrange passage tomb. Some 5200 years old, it is undoubtedly the jewel in the crown  of the World Heritage Site, Brú na Bóinne. The passage tomb at Newgrange  is truly awe-inspiring and hails from the Stone Age. It predates the Pyramids and Stonehenge by some 500 years. Measuring 85 meters in diameter and 13.5 meters high while 97 kerbstones surround the mound, bearing stunning examples of megalithic art. The passage and chamber align with the rising sun at the Winter Solstice on 21 December. The illumination is spectacular. Only a certain few can enter the chamber to witness this magical sight, probably making it the hottest ticket in Ireland.  A stunning feat of ancient engineering!

So until next time, take care and if you’re in the mood for some unmistakably Irish retail therapy then enjoy a sitewide 10% off to shop the exciting range of Irish sweaters, Irish jewelry, Irish gifts and etc.. Just use the code BLOG10 at the checkout.

7 Wonders of Ireland. Journeys Around Ireland With Lulu.

A Little Piece of Ireland On the Wild...

LOVE these pics, Lulu- The tour looks great!! Any tours based on St Patrick’s sites in your future? The story of St Patrick never gets old….’)
Best of luck from all of us at http://www.theboypatrick.com

Hi and thanks for your comment. I’ve done a few blogs on St. Patrick. Search Patrick on the link below if you want to check them out although it seems you may be the expert!