Hi Everyone and Happy St. Patrick’s Day from Ireland!

I hope I find you all well and ready for St.Patrick’s Day celebrations tomorrow. There’s snow forecast for Dublin so the Aran sweater will definitely be necessary! It’s been a busy few weeks at The Irish Store in the run-up to the big day so we’re all looking forward to a well-earned break and a nice long St. Patrick’s Day weekend. Hopefully, you’ve planned the outfit, the shamrock is ready and now you can sit back and relax before the festivities.  So why not take a trip with me as I explore some of the places and customs associated with Ireland’s patron saint. 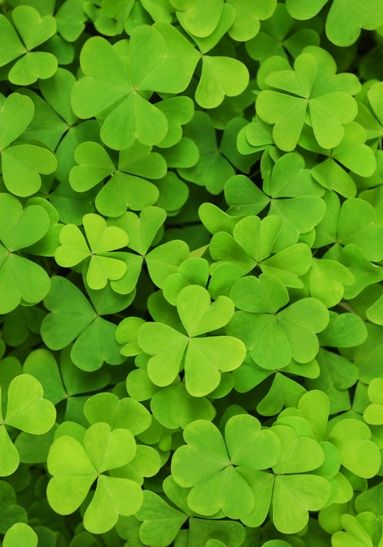 Shamrock will be proudly worn by millions of people all over the world tomorrow.  Although the harp is Ireland’s official emblem, the shamrock is everyone’s favourite symbol of good fortune and folklore tells us that there’s an ancient connection between the shamrock and St. Patrick himself.  The Gaelic word for Shamrock is “seamróg” meaning “summer plant”. Pagan Druids considered the shamrock sacred with its triplet of leaves, 3 is a mystical number. Legend has it that St.Patrick then used the Shamrock to explain the Holy Trinity to would be Christian converts in 5th century Ireland.

2. The Hill of Slane 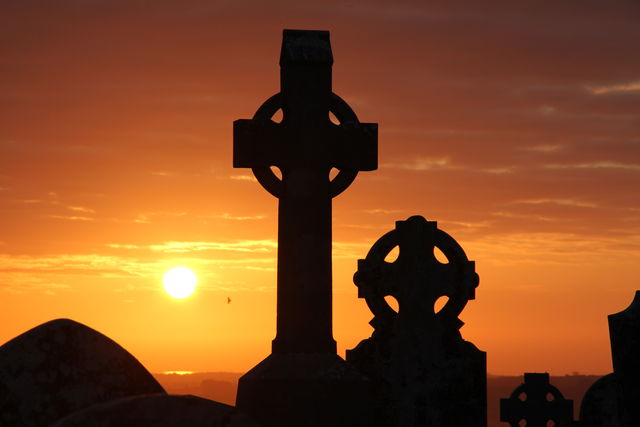 Speaking of Shamrock, we must stop by the hill of Slane in County Meath. It is said that it was on this very hill that St. Patrick taught early Christians the meaning of the Holy Trinity using Ireland’s famous 3 leafed clovers. The Celtic crosses pictured above stand in the cemetery at the top of Slane Hill. The Celtic cross is a truly iconic ancient symbol of Ireland and here lies another connection to St. Patrick. Pagans worshipped the sun and the moon and legend have it that St. Patrick combined their circular symbol with the Christian cross to create the first Celtic Cross as a way of converting the Irish people to Christianity. 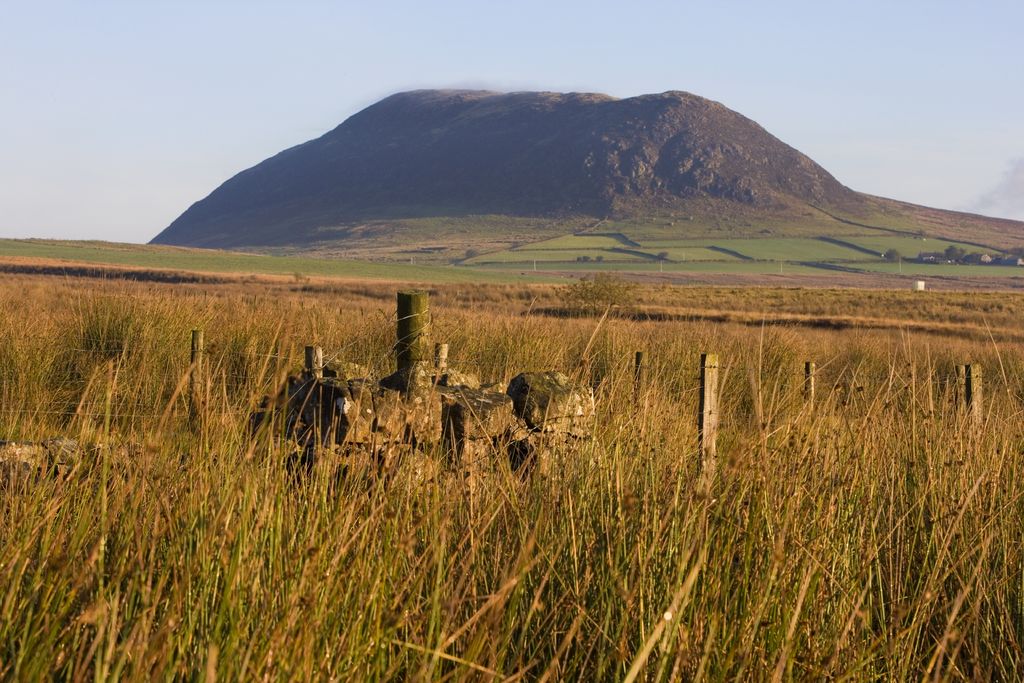 Time to head up north now to Slemish mountain in County Antrim. It is widely documented that St. Patrick wasn’t in fact Irish. Captured in Roman Britain and brought to Ireland as a slave, he spent his first six years in this part of the country working under harsh conditions as a shepherd. It is believed he found his true faith here during this time of extreme hardship. Each year on St.Patrick’s Day people gather to walk to the top of Slemish as a pilgrimage. 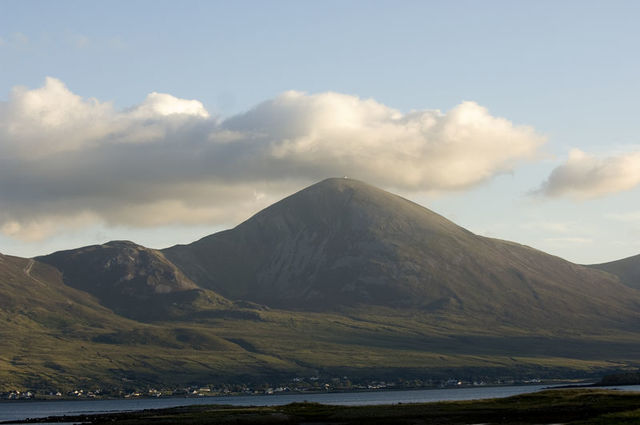 Time to head to the mystical west of the country to the majestic Croagh Patrick overlooking Clew Bay in County Mayo. Legend has it that it was from here that St Patrick banished the snakes from Ireland and fasted for 40 days as penance. To this day, flocks of pilgrims from all over the world gather at the mountain on the last Sunday in July. Some even climb the mountain barefoot to atone for their sins! I’ve climbed this mountain myself, (keeping my shoes firmly on I hasten to add!).  It’s about a 2-hour climb and worth every step. The views from the top are breathtaking. 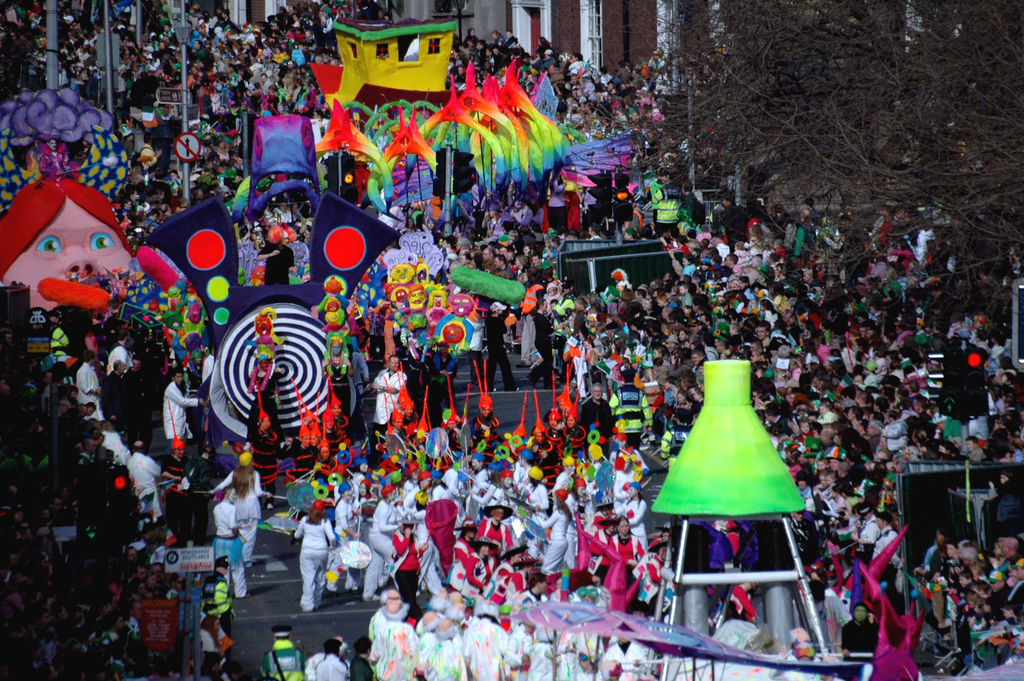 It was the Irish diaspora who first started St. Patrick’s Day parades in the late 18th century, most notably in North America. The first St. Patrick’s Day parade in Ireland took place in Waterford and the first official parade in Dublin took place in 1931. Today,  thousands of parades take place worldwide with hundreds of thousands of marchers and spectators attending. I’ll be at the Dublin parade this year where the atmosphere is something else.

So wherever you are and however you’re marking the occasion, have a wonderful time! If you feel like some festive shopping this weekend then check out our St. Patrick’s Day Sale -20% off absolutely everything!

Something for The Weekend. Our Top 5 Irish...

Something for the Weekend. 5 Great Irish Plays.