I hope you all had a great week. Well, this week it’s the turn of county Armagh, also known as the Cathedral County, the Orchard County and the spiritual capital of the country. There’s a strong association with St. Patrick in Armagh, so much so that 2 cathedrals in the city take their name from our patron saint. Let’s start right there… 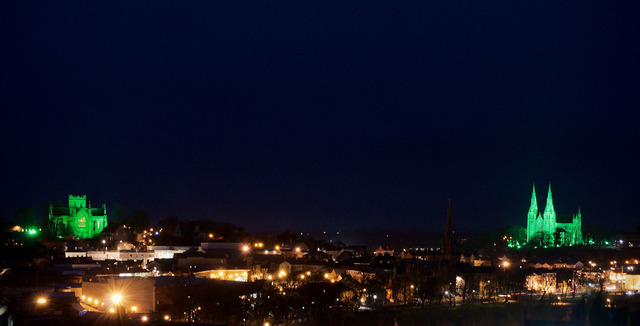 Both cathedrals watch over the city below and sit side by side giving Armagh its status as the ecclesiastical seat of Ireland. It was here that St.Patrick founded his first stone church in 445 AD and this site has been a constant place of worship ever since. The current Church of Ireland cathedral dates back to 1268 and the Catholic cathedral (the one with the twin spires), was completed in 1873. It’s well worth taking a tour of the Catholic cathedral where’ll you’ll be bowled over by the stunning mosaics, gold leaf sculptures and stained glass windows. 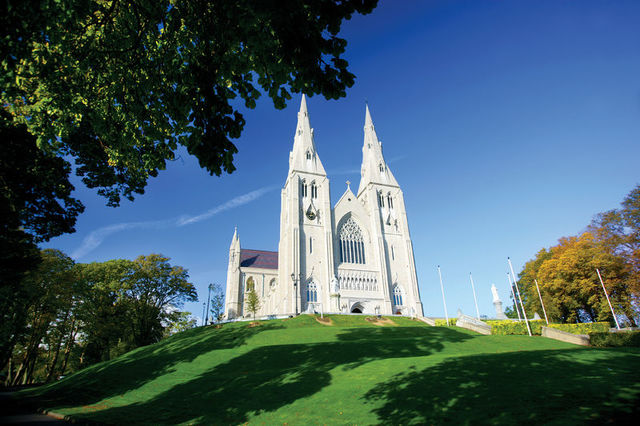 Calling all stargazers! Prepare to be dazzled by constellations, galaxies and planets with stunning shows at the planetarium which was established in 1968 as a companion to the observatory which dates back to 1789. It’s set in the stunning grounds known as Armagh Astropark which is an earthly recreation of the Universe. An out of this world experience awaits you here!

The Orchard of Ireland 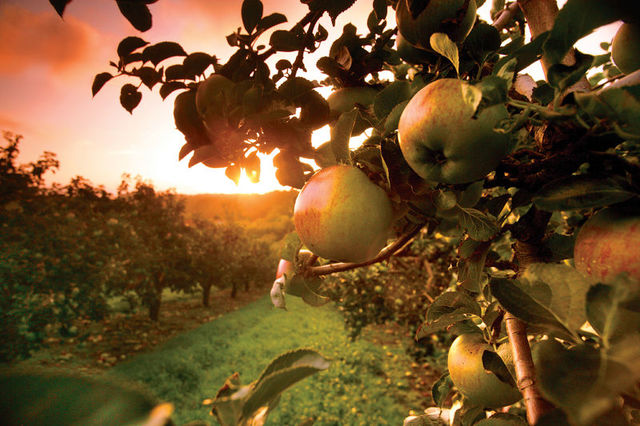 The history of apple growing in Armagh dates back some 3000 years and it is said St. Patrick himself planted an apple tree in the ancient settlement of Ceangoba in the east of the city.  6000 acres of Armagh countryside is covered in orchards producing an impressive crop of 40,000 tonnes. Best to visit in May when the blossom is in full bloom. It’s a breathtaking sight to behold as the lush countryside becomes draped in a stunning veil of pink flowers. 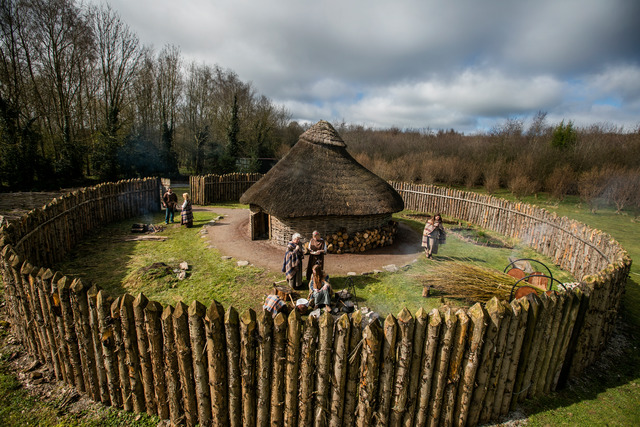 Time to step way back in time now with a visit to the Navan Center at Navan Fort, the ancient capital and seat of the High Kings of Ulster. Learn all about the myths and folklore of The Ulster Cycle and see how the celts of the early Christian/Iron Age period lived with re-creations of the way they cooked, farmed and weaved in days gone by. 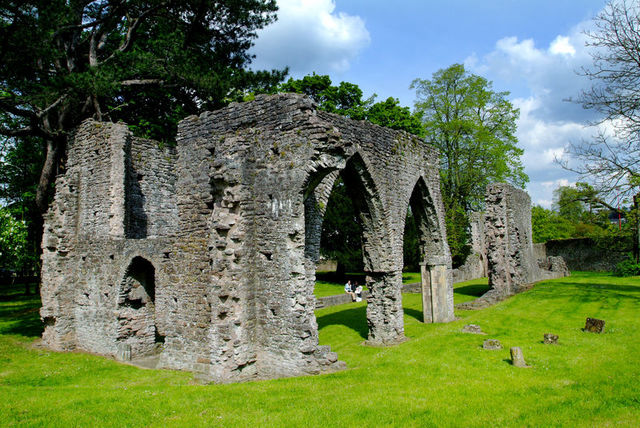 Next, it’s a visit to the longest monastery in Ireland which has stood in ruins since 1600. It was founded by the Franciscans in 1263 but was suppressed in 1542 under the rule of Henry VIII when all monasteries were suppressed under the Reformation. It’s situated at the entrance of Armagh’s Palace Demesne public park, which is also worth a visit for a leisurely stroll.

Thanks again for joining me on the road. Do tune in next week when I’ll be continuing the journey further into the heart of Ulster and stopping by county Tyrone.

So while the apples fall in the Orchard County of Armagh, why not shop our Fall Collection of Irish sweaters, Irish jewelry and Irish gifts at The Irish Store. Use BLOG10 at the checkout to get a 10% discount sitewide!

Founder of the Irish Store and lover of all things Irish.

Journeys Around Ireland With Lulu – Meandering in Monaghan

Journeys Around Ireland with Lulu – The Magic...