Journeys Around Ireland With Lulu – The Wonders of County Antrim

I hope I find you all well. This week we’re taking a trip to the north east corner of the country where we’ll discover some of the delights of county Antrim. Famed for it’s magnificent coastline, we’ll be taking in some of it’s many highlights but before we hit the coast road, let’s begin at one of Ireland’s most vibrant cities. 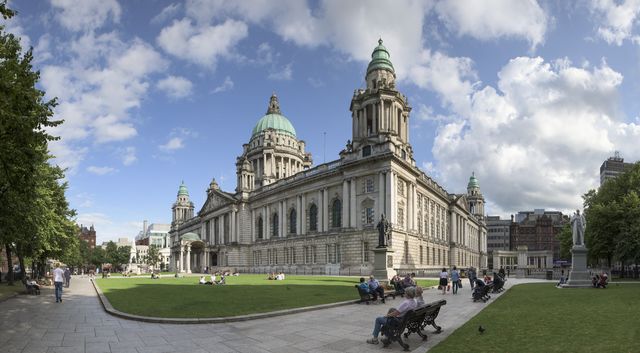 Northern Ireland’s capital city is is waiting to welcome you with open arms. It’s magnificent City Hall dates back to 1896 and is a stunning Edwardian centerpiece to the city. Take an informative guided tour here followed by a Black Taxi Political Tour charting the history of the troubles then kick back and watch the world go by in Belfast’s vibrant Cathedral Quarter with it’s great restaurants and lively bars. Of course, no trip to Belfast would be complete without a visit to……. 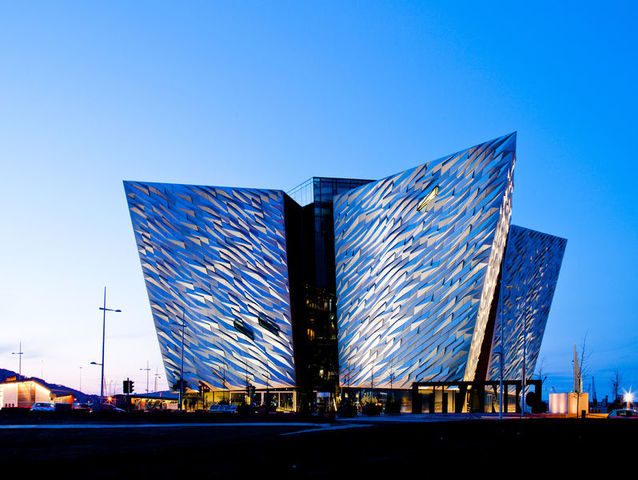 One of the most popular attractions in Ireland and 2016 winner of The World’s Leading Visitor Attraction at the World Travel Awards, this a must see on any trip to Belfast. In it’s short life, the stunning building has become an iconic landmark in the city and rises majestically at the very site where the Titanic was built. The Titanic Experience takes you on an amazing journey, charting the construction, launch and maiden voyage of the ill- fated liner. 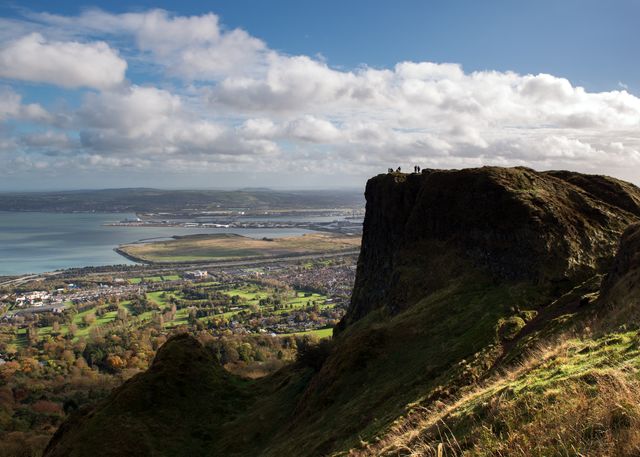 Along with Black Mountain and Divis Mountain, Cavehill forms a dramatic mountainous backdrop to the city of Belfast. The summit is also referred to as “Napoleon’s Nose” with it’s resemblance to a giant profile staring upwards. Cavehill was also the inspiration for Johnathan Swift’s “Gullivers Travels ” as the writer suggested that the outline of the hill resembled a sleeping giant watching over the city. Only a few miles from the city center, a trip here is rewarded with stunning views of the city and Belfast Lough. To the south you can see the Mourne Mountains and on a clear day if you look eastwards, you can see the Isle of Man and Scotland.

If you’re a fan of the hugely popular Game of Thrones, then county Antrim is definitely the place for you! Visit some of the locations made famous by the hit TV show including the magical Dark Hedges in Ballymoney. 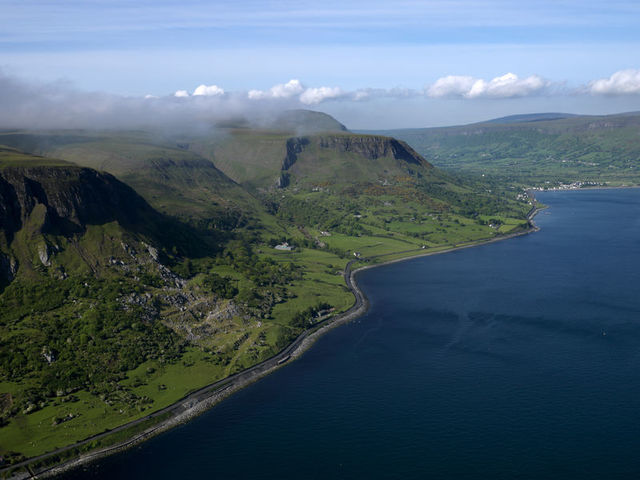 Also known as the Causeway Coastal Route, this has been hailed as one most of the spectacular coastal drives on earth. Drive north from Belfast and take in some truly breathtaking sights. There’s a wealth of sights to see and there isn’t time to cover them all but here are a few of the absolute must-sees.

The Glens of Antrim

The nine glens (valleys) of Antrim are an area of truly outstanding beauty and Glenariff Forest Park set in “The Queen of The Glens” is unmissable. Drop into nearby picturesque villages and towns, especially Cushendun at the foot of Glendun, This area of conservation was designed in the style of a Cornish village by architect, Clough Williams-Ellis. 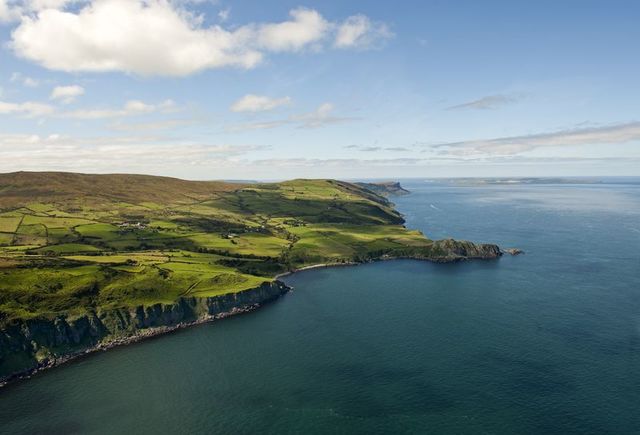 As we head further northwards, we must take a detour off the main route to Torr Head. This narrow winding road will lead us to Ireland’s nearest point to Scotland, just 13km across the water. The views of Fair Head, Rathlin Island and the Scottish coastline are awesome. 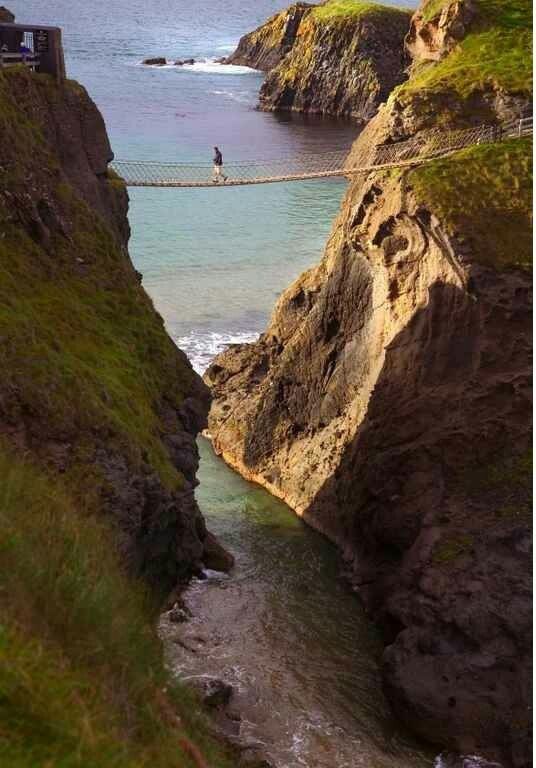 Definitely not for the faint-hearted, Carrick- a Rede rope bridge is one of the most popular attractions in the north of Ireland. The original bridge was constructed 350 years ago by a salmon fisherman. Suspended 100 feet above the Atlantic Ocean, the 66 foot long bridge takes you from the mainland to the tiny island of Carrick A Rede, where you will find a solitary fisherman’s cottage. 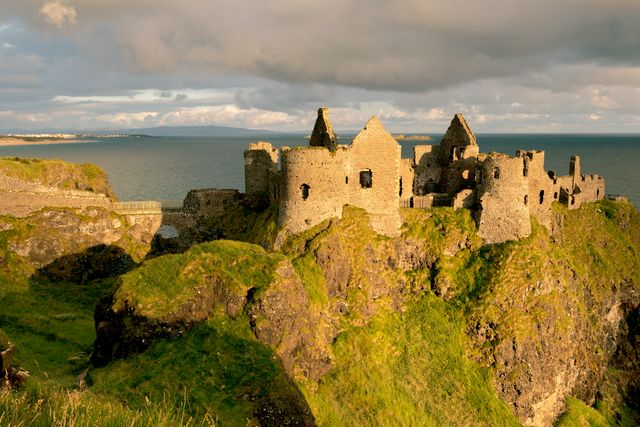 I know we have our fair share of wonderful castles in Ireland but this one is a real stunner. This dramatic ruin is perched on a cliff top overlooking the beautiful north Antrim coastline and was built by the Mac Quillan clan around 1500.  A definite highlight on the Causeway Coastal Route. 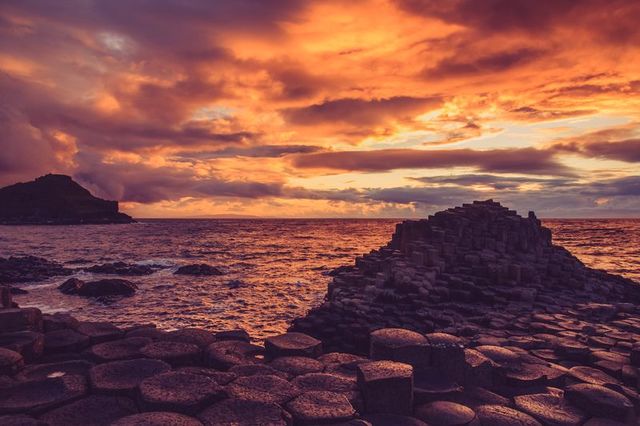 Well we’ve reached our final destination and most certainly the jewel in Antrim’s crown. This geological wonder consists of 40,000 basalt columns, the result of an ancient volcanic eruption. Irish legend has it that the causeway is the remains of a path built by Irish mythological giant Finn Mac Cool when he was challenged to go into combat with his Scottish rival giant, Benandonner. The only World Heritage Site in the north of Ireland, there’s a definite other worldly feeling in this stunning location.

Thanks for joining me for my Antrim highlights. Hoping to see you next week.

Until then, keep on shopping and use BLOG10 at the checkout to get a 10% discount!

Journeys Around Ireland With Lulu – Driving Around Derry

Journeys Around Ireland With Lulu – The Delights of County Down

Hi thank you for your wonderful blogs on Ireland! We are going to visit Ireland this August for a very short 9 day visit! Likely shorter given the time changes and travel time. I am interested in seeing the west coast as well as northen Ireland. Is this something we could do in such a short time? My thought was arrive in Dublin (morning) then spend what we can of the day sightseeing (Guiness etc.) Then heading out the next day to the west coast and seeing Lahinch, Cliffs of Moher, and Galway. I would like to see more but I am worried about lack of time! Then drive to Belfast and do the Giant’s causeway and Titanic and the Carrick a Rede Rope Bridge. Head back down to Dublin and go home : ( Is this something we could do in this time line? Or are we biting off more than we can chew? I would love any advice. It has been 10 years since our family has visited Europe and w all thought that Ireland would be a great place to visit. (my husband, myself, and two sons aged 17 and 19 will be travelling)

Your trip is certainly possible but it will certainly busy. I think you’ll need 2 days in the west to see those sights. Your longest drive will be from the west to the north which will take a day. The good thing about the Giant’s Causeway and Carrick a Rede is that they are close together so both can easily be done in a day.

Have a wonderful time!