Something For The Weekend. Lulu’s Favorite Irish Books

Hi everyone. So another weekend dawns and these strange times continue. I hope you’re all keeping well and managing to get through the days as best you can. For me there’s nothing like getting lost in a good book to pass the time and escape into another world, especially during these days of hunkering down at home. Books have the power to transport us to other places, times and experiences. Of course in Ireland we have a rich literary heritage so this week I thought I would share some of my favorite Irish books. It was tough to narrow it down to 5 but here we go-in no particular order!

First up it’s Colm Tóibín’s Brooklyn. I just adore this book. It follows the story of Eilis Lacey as she emigrates from Ireland in the 1950s to New York. The action takes place between her life in small town Ireland and her adjustment to life in Brooklyn and deals with her struggle to choose between her own desire for freedom and family duties at home. It won the 2009 Costa Award and was longlisted for the 2009 Man Booker Prize. I also loved the film which starred our very talented Saoirse Ronan in the lead role.

Next on my list of Irish books comes from one of Ireland’s best loved writers. Maeve Binchy’s hugely popular novels have been translated into 37 languages and have sold over 40 million copies worldwide. I’ve read all of Maeve’s books so it was hard to choose a favorite but I finally settled on Circle of Friends. It charts the ups and downs of the friendship between Bernadette ‘Benny’ Hogan and Eve Malone from the fictional town of Knockglen and follows them as they begin their studies at University College Dublin in the 1950s. Like all Maeve’s books, it’s a joy to read from start to finish.

Related:  Happy Halloween from Ireland! The home of Halloween!

My next pick is my most recent read and I can’t recommend it highly enough. I actually read it in one weekend which is unheard of for me. Believe me when I say you will not be able to put it down! It is the first novel from Belfast writer Paul McVeigh and is set in his home town during The Troubles. It centers around the irresistible 10 year old Mickey Donnelly and the action takes place during the summer holidays as Mickey prepares to go to secondary school. This is a coming of age like no other that made me laugh out loud and moved me in equal measure. A definite must-read!

4. Are You Somebody? Nuala O’Faolain

Nuala O’Faolain’s 1996 memoir was a book that had a profound effect on me. Told with a searing honesty and sensitivity, it charts Nuala’s life from her impoverished upbringing in North Dublin to becoming one of Ireland’s most respected writers and columnists. My favorite Irish autobiography by far.

Last on my list is a true Irish classic by one of Ireland’s literary giants, the incomparable Edna O’Brien. The story of Caithleen “Cait/Kate” Brady and Bridget “Baba” Brennan was banned in Ireland on its publication in 1960. It is the first of the Country Girls trilogy and charts the friendship of the two young women as they leave their rural hometown and embark on a new life in Dublin. Despite the initial negative reaction in Ireland, Country Girls went on to become a classic of the Irish literary canon and was named as one of the 100 Most Infuential Novels by BBC News in 2019.

Related:  Something For The Weekend. Lulu's Favorite Irish Poems

Well that’s all from me this week. I’ll be back on Monday to continue my Virtual Tour of Ireland. See you on the road!

Have a lovely weekend, 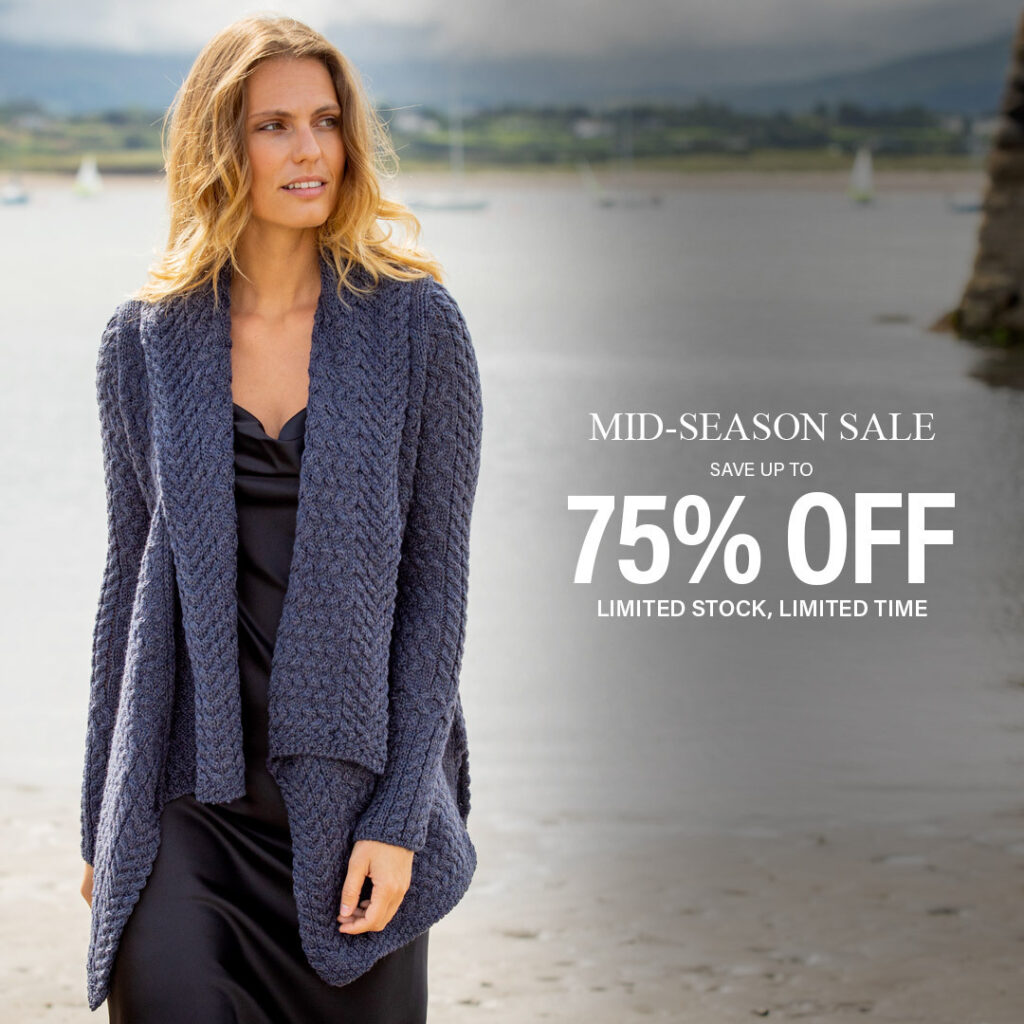