Hello, all you fans of all things Irish,

Well, here we go again on our journey through the Emerald Isle. Next stop, the gorgeous county Clare. Yet again, another treasure trove of delights and again the choices are endless.  Our first stop is the obvious choice but what a sight to behold;

1. The Cliffs of Moher 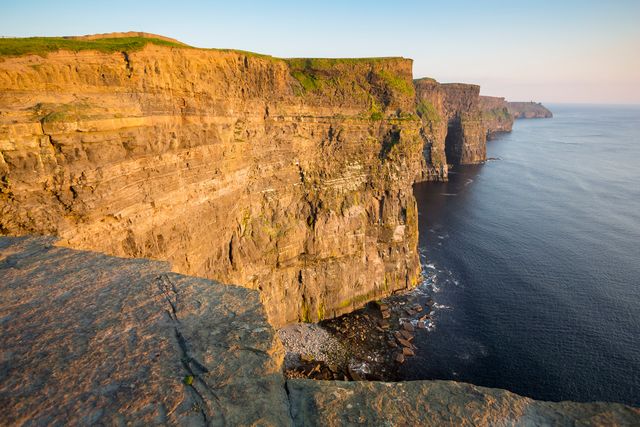 The words “spectacular”, “awesome” and “majestic” often get used when describing Ireland’s land and seascapes and for good reason. But I can think of no place more deserving of those three words than the mighty Cliffs of Moher. They rise from the southwestern edge of the Burren and rise over 8 km along the edge of the Atlantic to their highest point at 214 meters at their midpoint at O’Briens’s tower. 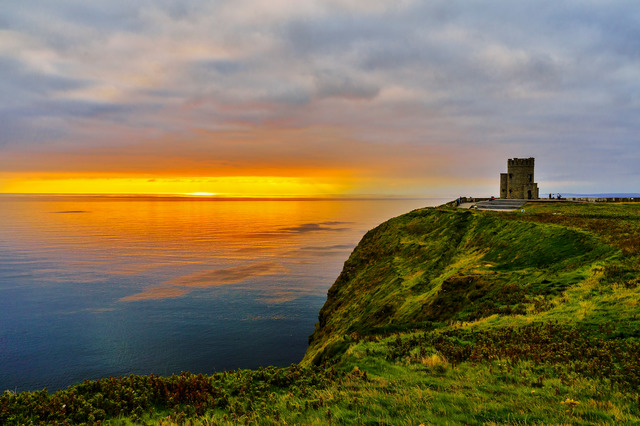 In 1835. the politician and landowner Sir Cornelius O’Brien built this tower as an observation point for the many tourists that were flocking to the Cliffs. The numbers have continued to grow and from the tower, you can see (on a clear day!) Loop Head to the south, The Twelve Pins mountain range to the north and the Aran Islands in Galway Bay, home to the beloved Aran sweater and a big favorite here at The Irish Store. It goes without saying that The Cliffs of Moher are a must-see on any Irish trip. The feeling of being on the edge of the world is truly awe-inspiring. 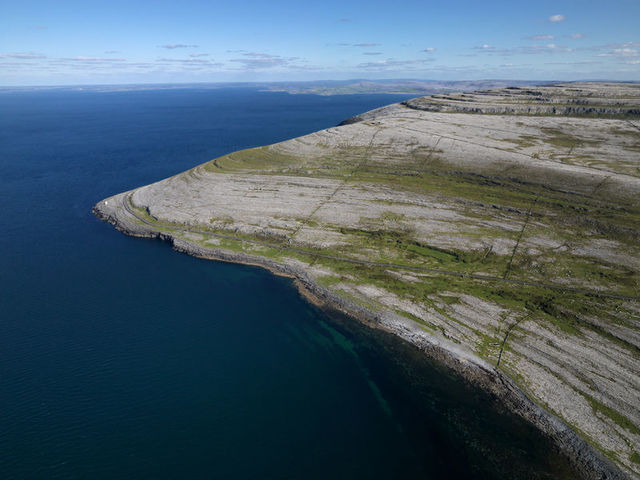 OK, are you ready for more “awesome” and “spectacular”? Time to visit  The Burren. Taking its name from the Irish word “Boireann” which means “great rock”, this stunning karst terrain consists of rolling hills of limestone pavements with crisscrossing cracks. One of Ireland’s 6 national parks, it covers 250 square kilometres. View from afar and get the full effect of this otherworldly lunar-like landscape or get up close and feast your eyes on the wealth of arctic, Mediterranean and alpine plants that live side by side due to the unique conditions and formation of this rare and magical landscape. 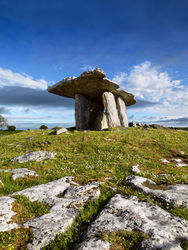 Staying in the Burren area, a visit to the Poulnabrone Dolmen is essential. Situated on a high plateau in the heart of the Burren, it dates back to neolithic times, and is in the region of 5,800 years old! Archaeologists revealed that 21 people were buried in the main tomb and that the tomb had been in use for some 600 years. The discovery of a neck pendant on some of the remains revealed skills in craftsmanship and indeed these early designs still inspire Celtic Jewelry design that we all know and love to this day.

Before we leave the Burren, we must stop off at the wonderful Aillwe Cave. There’s a fantastic guided tour of the oldest cave in the region which was discovered in the 1940s when a local farmer, John Mc Gann followed his dog into the cave as it chased a rabbit. This ancient underworld boasts spectacular stalactites and stalagmites, the real remains of bear bones and when they turn out the lights at the end of the tour, you’re plunged into the darkness as you’ve never known! 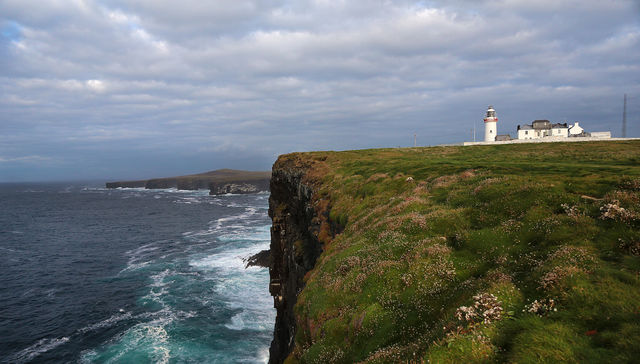 I think I’ve mentioned before how much I love a good long walk and the Loop Head cliff walk is one of the best! Park up at Kilkee then follow the clifftop trail all the way to the lighthouse at Loop Head. These cliffs aren’t as high as the big stars at Moher but this trail is much less crowded so you feel like you’ve got the place to yourself and the views are stunning.

Next stop, Bunratty Castle and Folk Park. This stunning medieval castle dates back to 1425 and has been fully restored to its former glory. View the magnificent collection of furniture and tapestries, explore one of Ireland’s finest walled gardens and feast on a superb medieval banquet. The Folk Park gives a unique opportunity to see a recreation of rural Ireland in times gone by. 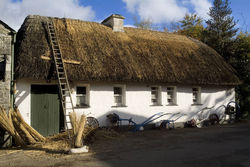 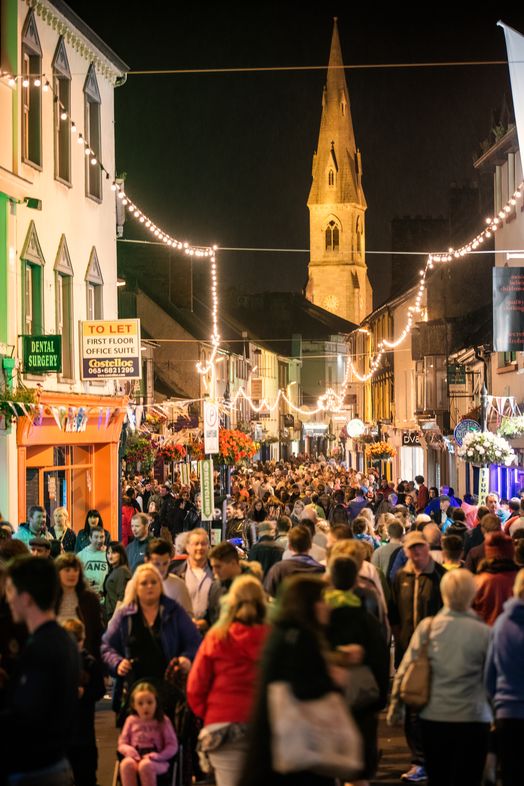 Although you can hear traditional Irish music in almost any county in Ireland, County Clare feels like it’s a natural home. The variety on offer is tremendous and the quality is second in none in most towns and villages. My favorite for trad is Doolin where the atmosphere is wonderful. The above pic is of Ennis, Clare’s county town when it hosted the Fleadh in 2016. The thronged streets came alive with the sounds of the very best of Irish music.

Well, I hope you enjoyed the highlights of Clare as much as I did. See you next week for more Irish travels.

If you feel like shopping for that special little piece of Ireland delivered directly to your door including the best-selling of fisherman sweaters & Irish Jewelry, just use BLOG10 at the checkout to get yourself a 10% discount!

Thanks again for stopping by.

Journeys Around Ireland with Lulu – The Magic of County Limerick

10 Things You Need to Know about Ireland’s...