So next on our itinerary is county Laois in the heart of the Irish midlands. Laois is the only county in Ireland that is double landlocked. So apart from having no coastline itself, county Laois is surrounded by 5 other counties which are all also landlocked. What it lacks in  coastline it more than makes up for in idyllic countryside, fairytale castles and beautiful gardens. So let’s get on the road! 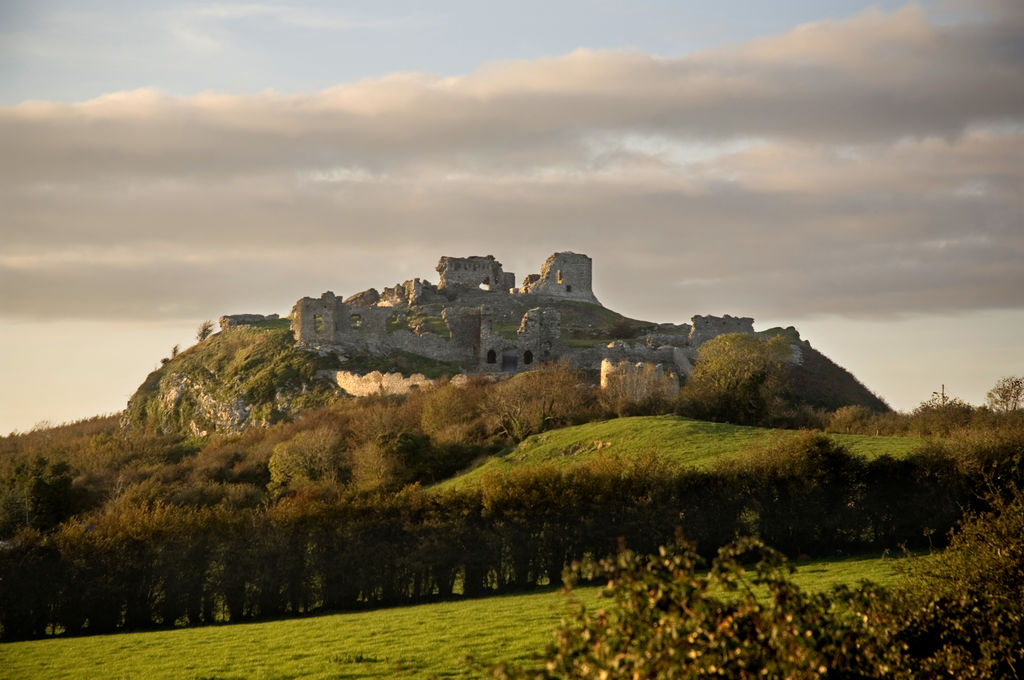 These imposing ruins are situated between the county Laois towns of Portlaoise and Stradbally. The castle was built in the 12th century on the rock of the same name. It rises majestically some 46 meters above flat terrain. Early Christians were the first to settle on this site in the 9th century.

Vikings attacked the settlement in 845 AD. After the Norman invasion in the late 12th century, Dunamase became one of the most important fortifications in the county. This was due to it’s strategic position overlooking the surrounding counties. Diarmuid MacMurrough (The King of Leinster), gave the castle as part of his daughter Aoife’s dowry to the Norman invader Strongbow. As a result of this exchange he received help to win back his lands. Cromwell’s forces destroyed the castle in 1650 leaving the ruins that can still be seen today. The views of the Slieve Bloom mountains and the surrounding countryside are simply stunning.

Heywood boasts one of the finest walled gardens in Ireland. Located near the village of Ballinakill, Heywood House was built by Frederick Trench in 1773.  Inspired by his Grand European Tour he decided to embark on a lavish landscaping of the area between his house and the village.

The current gardens were completed in 1912 by Sir Edwin Lutyens and Gertrude Jekyll under the instruction of the then owner, Colonel Hutchenson Poe. The house was destroyed by fire in 1950 but thankfully the stunning gardens remain for everyone to enjoy.

Abbeyleix has to be one of my favorite towns in Ireland. Numerous fountains and the magnificently restored Heritage House are among the stunning examples of 19th century architecture here. The Sensory gardens are an absolute delight while the Church of The Most Holy Rosary is incredibly impressive. Finally, don’t forget to drop by Morrisseys pub and general store because no trip to county Laois is complete without a visit to this Abbeyleix institution which dates back to 1775. 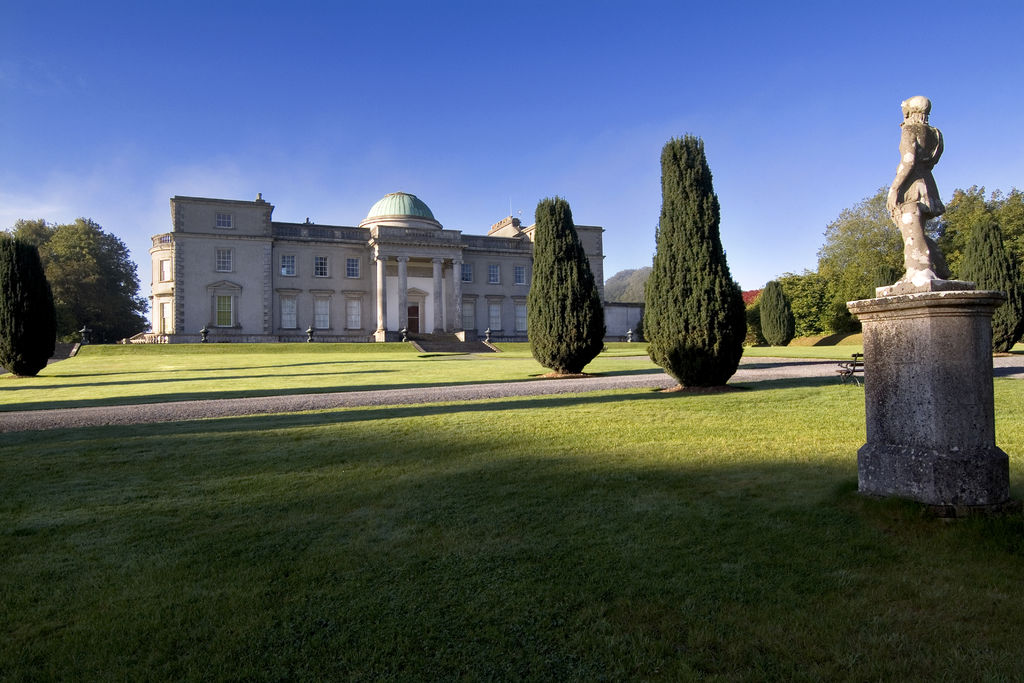 Prepare to be dazzled by our next destination. The impressive Emo Court was designed in 1790 for the Earls of Portarlington by the famed architect James Gandon. It is a stunning example of the neo-classical architectural style complete with imposing pillars. Major Cholmeley Harrison bought the estate in the 1960s and set about restoring the mansion to it’s former glory. The house and 18th century gardens were gifted to the people of Ireland in 1994.

The Electric Picnic Festival takes place over a single weekend in late summer. There’s an incredible mix of all types of performance and it’s not all about the party animals. It’s also a great place for a family day out (as long as the kids are under 12!). The Stradbally setting is beautiful and the atmosphere is truly electric!

So there’s my greatest hits from the wonderful county Laois. Join me on the road next week for a memorable trip to county Kildare as our tour of the Irish counties nears it’s end!

I’ll also be back on Monday with my latest Irish gift guide as the holiday season gets ever closer so do drop by if you’re looking for last minute gift ideas.

Traveling Around Ireland. The Ancient East

The History of Waterford Crystal

Thank you for the lovely ‘tours’. My mum was Irish and I hope to visit the country soon.

You’re very welcome and thank you so much for reading. I’m glad you enjoy the tours.

Hope you get to visit soon!

Happy St Patrick’s Day! This was a beautiful communication, loved seeing all the pictures. Love all the Aran clothes I’ve bought from you!! Stay safe!!

Thanks so much Ann. So glad you enjoyed it and hope you had a great St.Patrick’s Day!

You stay safe too,