Greetings from Ireland Everyone,

So as we welcome the month of May, it seems the weather is finally getting warmer and Spring is here at last(even though summer officially began last Tuesday!) It’s been an extra-long winter here in Ireland! With summer approaching, thoughts turn to vacations. I know many of The Irish Store family are planning trips to Ireland this year so what better time to get back on the road and explore our gorgeous country. I’m going to start with my list of must-see Irish castles. Ireland boasts an impressive 30,000 castles including many ruins like Dunamace Castle in county Laois (pictured above).  We have a lot to cover so let’s get started! 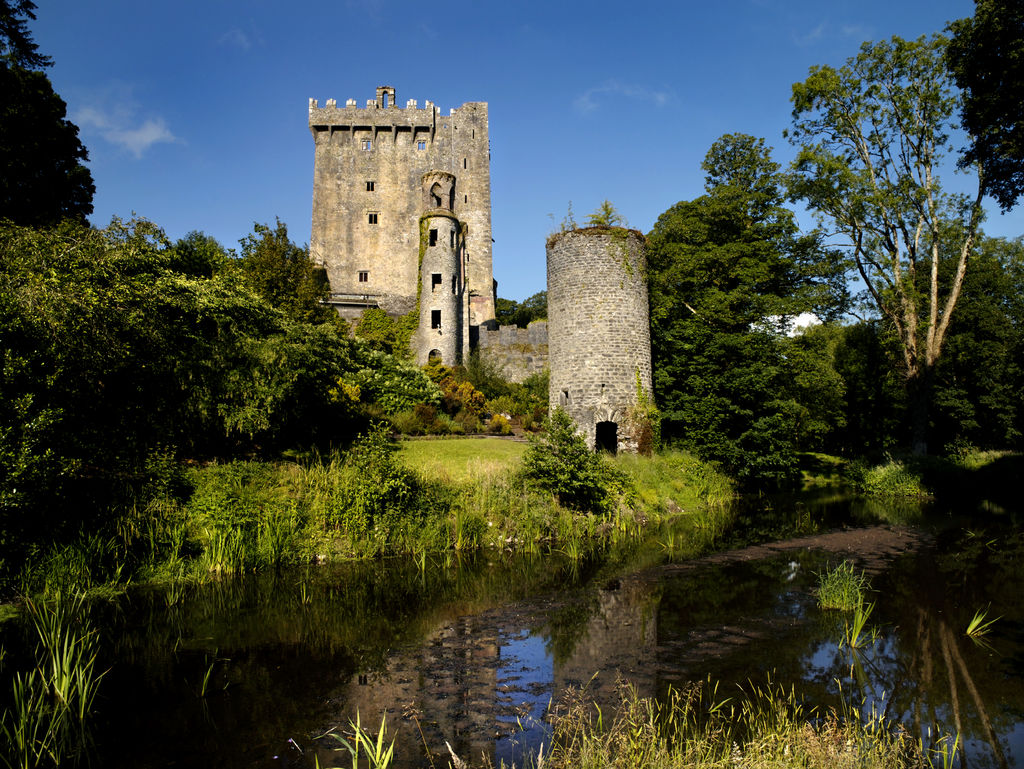 Of course, we have to start with probably Ireland’s most famous castle in county Cork. Blarney Castle is one of Ireland’s most popular tourist attractions largely due to the presence of the Blarney stone which promises the gift of the gab in exchange for an upside-down kiss! There are stunning views from this truly fairytale 15th-century castle as well as beautiful gardens in the grounds which include the Fern Garden and the fascinating Poison Garden. 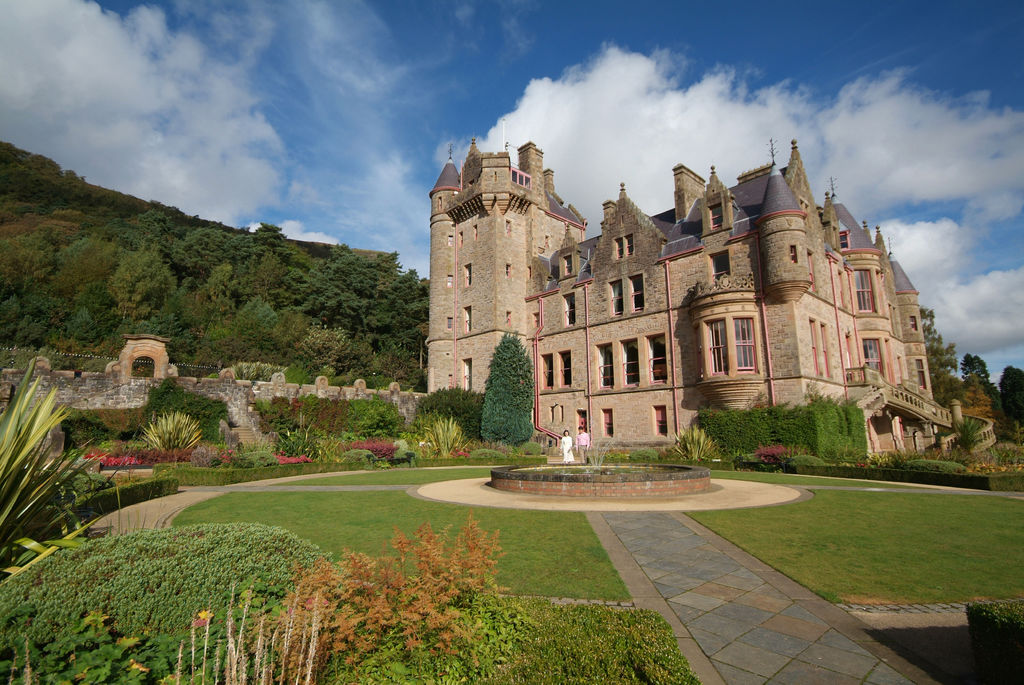 We’re heading far north now to county Antrim and the city of Belfast. Belfast castle nestles on the low slopes of Cavehill and was built by the 3rd Marquis of Donegal and completed in 1870. It was presented to the city of Belfast in 1934 and is now a popular wedding venue as well as a great place for afternoon tea. By far the best thing about Belfast Castle is the stunning views over the city and Belfast Lough. 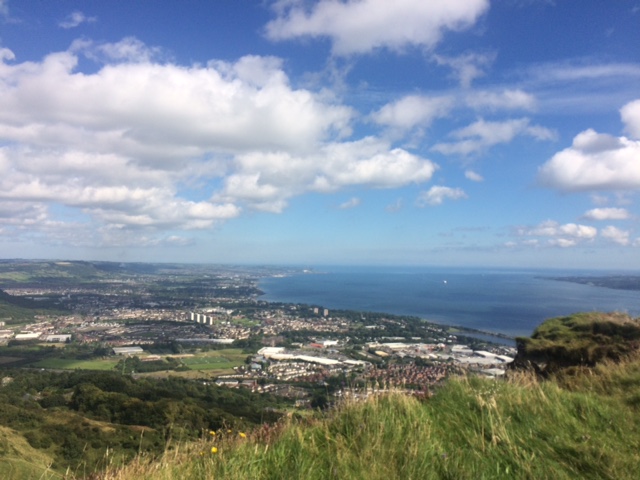 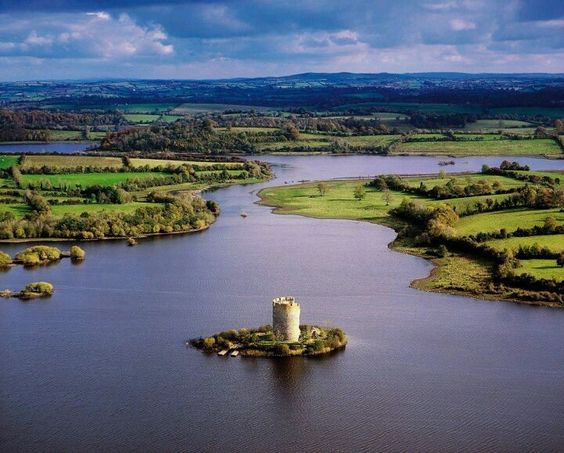 Next, we’ll head over the border to county Cavan and an absolute hidden gem in our list of Irish castles. This stunning 13th-century castle sits on a man-made island in Lough Oughter. Originally part of the ancient kingdom of Breifne, the Norman invasion saw it being ruled by the Anglo-Norman William Gorm De Lacy. The mighty O’Reilly clan took control in 1233 and remained in power until the 17th century. 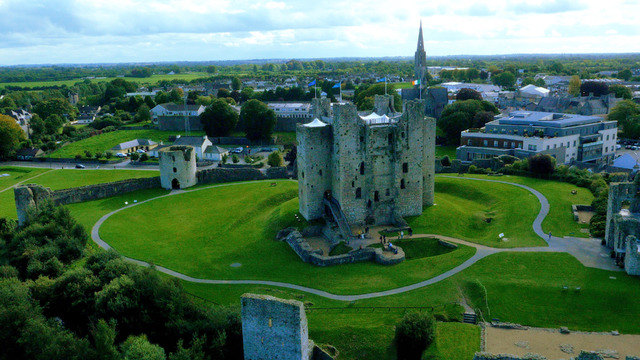 Time to head further south to County Meath and the impressive Trim Castle. Trim Castle boasts being the largest Norman castle in Ireland, taking 30 years to build in the 12th century. Another much more recent claim to fame is its appearance in the Hollywood blockbuster Braveheart. 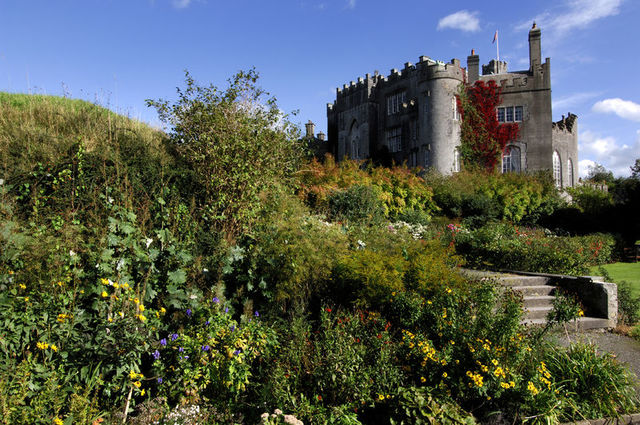 Since 1170 there has been a castle on this site and it was occupied by the ruling O Carroll family between the 14th and 17th centuries. Today it is the residence of the 7th Earl of Rosse. The stunning gardens are open to the public and feature 300-year-old box hedges which are the tallest in the world. It also boasts the oldest wrought iron bridge in Ireland as well as a mammoth telescope which has been beautifully restored. It was constructed in 1845 and remained the biggest telescope on earth until the early 20th century. 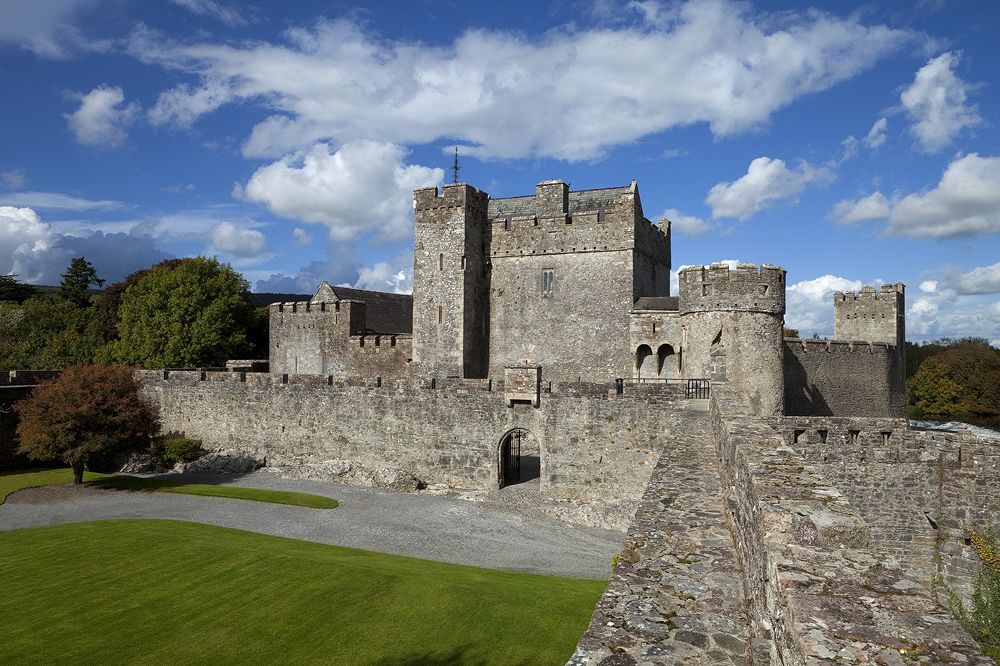 Heading into neighbouring county Tipperary now and a visit to the magnificent Cahir Castle. This is one of the biggest and best-preserved castles in the country. Built on a rock in the River Suir in 1142, this imposing structure was erected by the Prince of Thomand, Conor O’Brien. In the 13th century, it came into the possession of the powerful Anglo-Norman Butler family. The last Lord Cahir died in 1961 and ownership of the castle reverted to the Irish state. 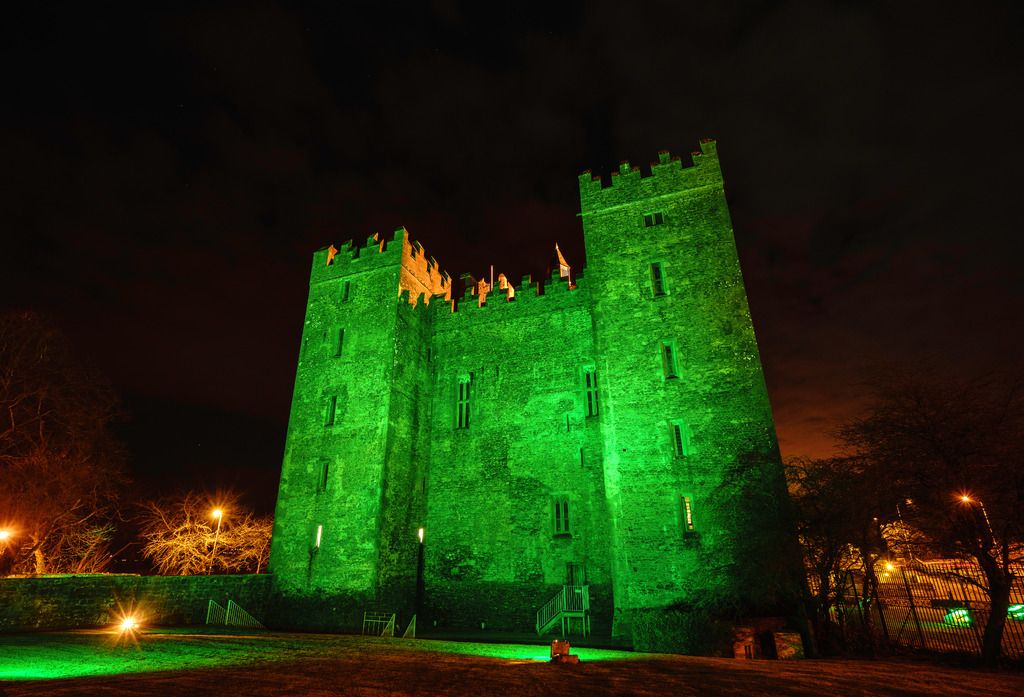 No list of Irish castles would be complete without a visit to the world-famous Bunratty Castle. This stunning medieval castle dates back to 1425 and has been fully restored to its former glory. View the magnificent collection of furniture and tapestries, explore one of Ireland’s finest walled gardens and feast on a superb medieval banquet. The Folk Park gives a unique opportunity to see a re-creation of rural Ireland in times gone by. 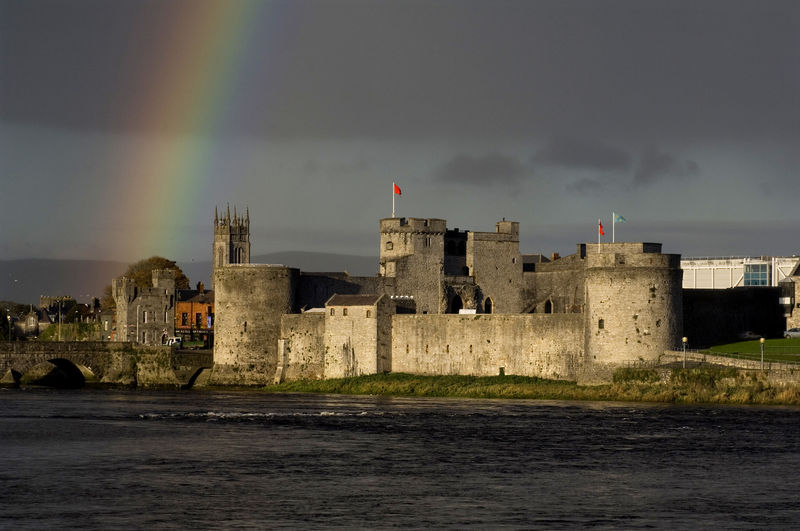 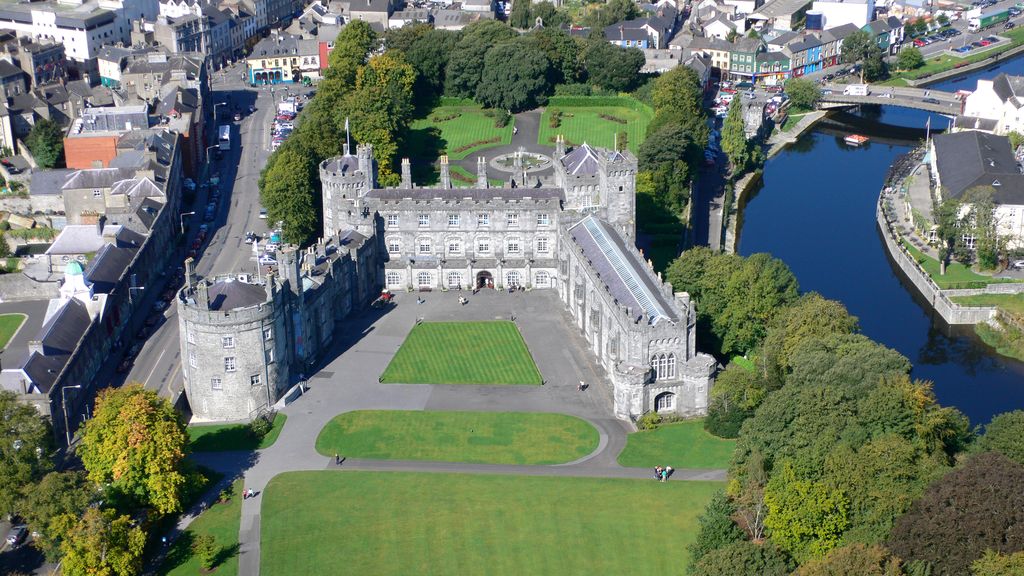 Heading back east now to the jewel in the crown of the city of Kilkenny.  Strongbow built the first castle on this site in the 12th century which would have most likely been a wooden building. William the Earl Marshall completed the first stone castle in 1213. .The powerful Butler dynasty resided at the castle for over 500 years. In 1967, Arthur Butler, the 6th Marquess of Ormonde sold it to the people of Kilkenny for the nominal fee of £50. The state took control of the castle in 1969. Since then it has been beautifully restored with an impressive art gallery and beautiful parklands. 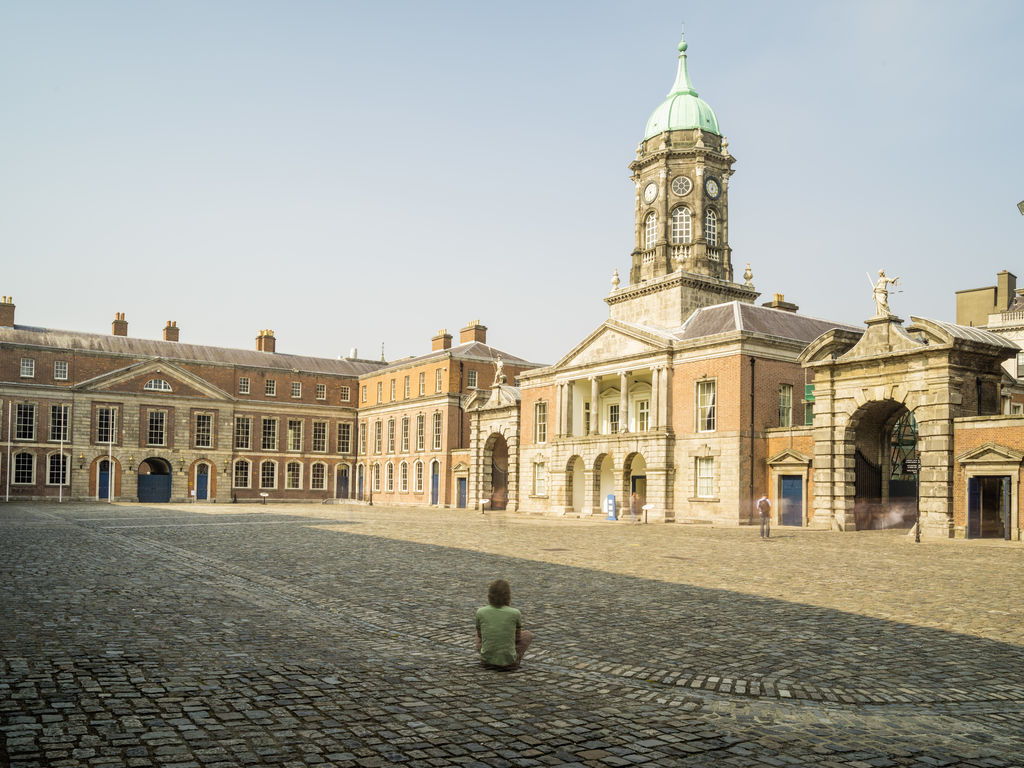 We’ll end our journey in the capital at Dublin Castle in the heart of the city. Most of the structures present today are from the 18th century although there has been a castle building on the site since 1204. Until 1922 it was the seat of British power in Dublin. Today it is still a major government building and houses a museum and the Chester Beatty Library which has been hailed as one of the best museums in Europe.

So it looks like we covered most parts of the country in our trip around my favorite Irish castles! Do join me next week for further adventures. If you’re in the mood for some retail therapy after all that travelling, shop our full collection of Irish sweaters, Irish Jewelry, Irish homewares & Irish gifts with a 10% discount, use code BLOG10 at the checkout.

Walking Around Ireland. Wanders through Connaught.

How to Pray the Rosary 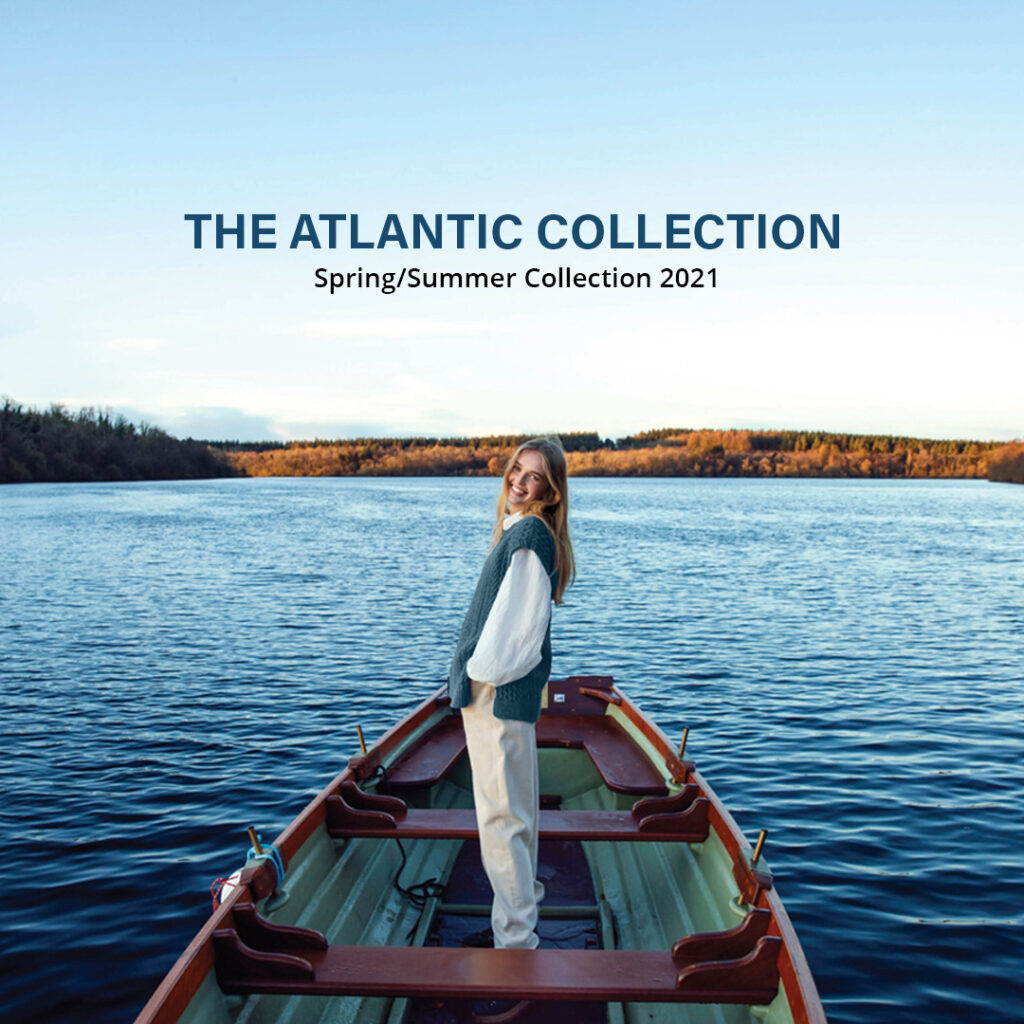