Hi Everyone. So the journey around Ireland continues this week with a trip around my favorite Irish waterfalls. There’s something truly magical and romantic about a waterfall with their mountainside and woodland locations. Most are best viewed after a good heavy downpour and since we’re in Ireland we should have absolutely no problems on that score! So put on your raincoat and let’s get on the road. We’ll start in the beautiful Kingdom of Kerry; 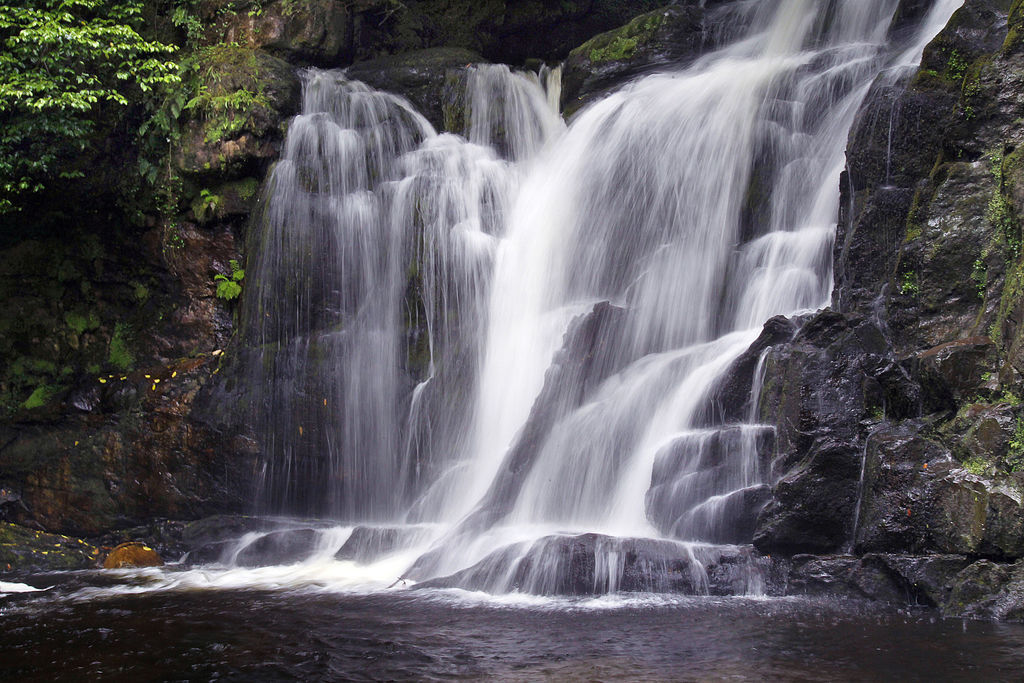 Torc Mountain forms a majestic backdrop to Killarney town sweeping down to Muckross Lake. At the base of the mountain you will find Torc waterfall standing at 80 feet high. It is fed by the Owengarriff River, the source of which is the Devils Punchbowl- a glacial lake on nearby Mangerton mountain.

The name “torc” means “wild boar” in Irish. Legend has it that the waterfall came into existence because of a man who had been cursed by the Devil to spend his nights as a wild boar. He lived in a cavern on the side of the mountain. One night, a local farmer was out looking for his animals and discovered the wild boar. The boar offered him richest beyond his wildest dreams to keep his secret. When the farmer betrayed him and revealed his secret, the wild boar burst into a ball of fire and flung himself into the Devils Punchbowl lake . The lake burst it’s banks to create the waterfall and so conceal the boar’s hiding place beneath. 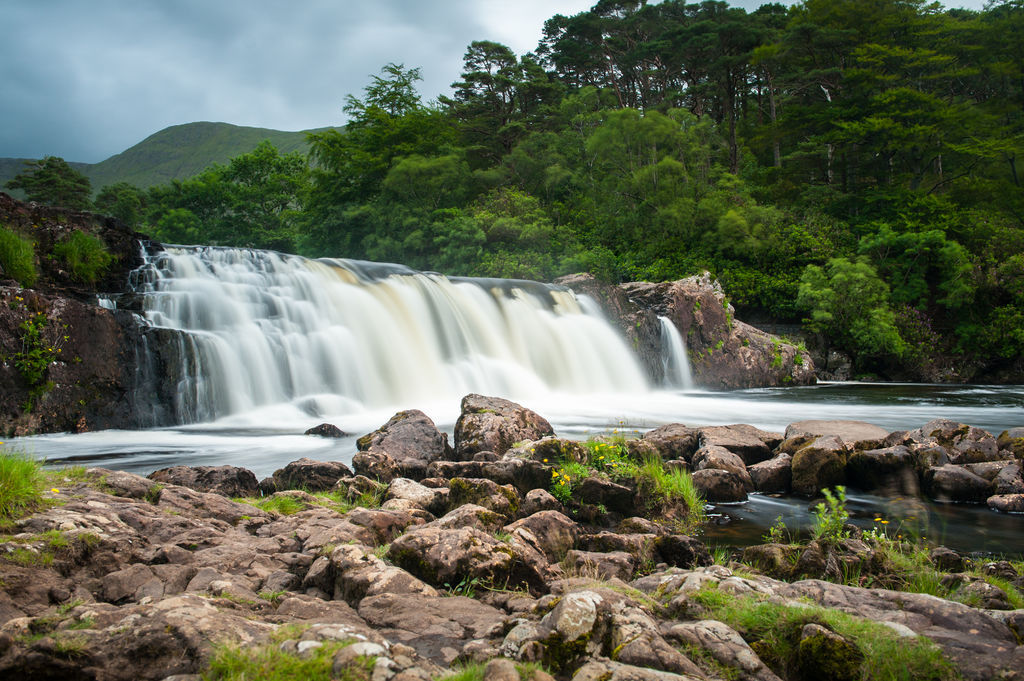 We’ll head north to county Mayo now. Aasleagh Falls may be small but they are beautifully formed and the location is just stunning. Situated close to the picturesque village of Leenane in the heart of Connemara, the Errif River cascades over the rocks before flowing into Killary, Ireland’s only fiord, leading into the Atlantic Ocean. 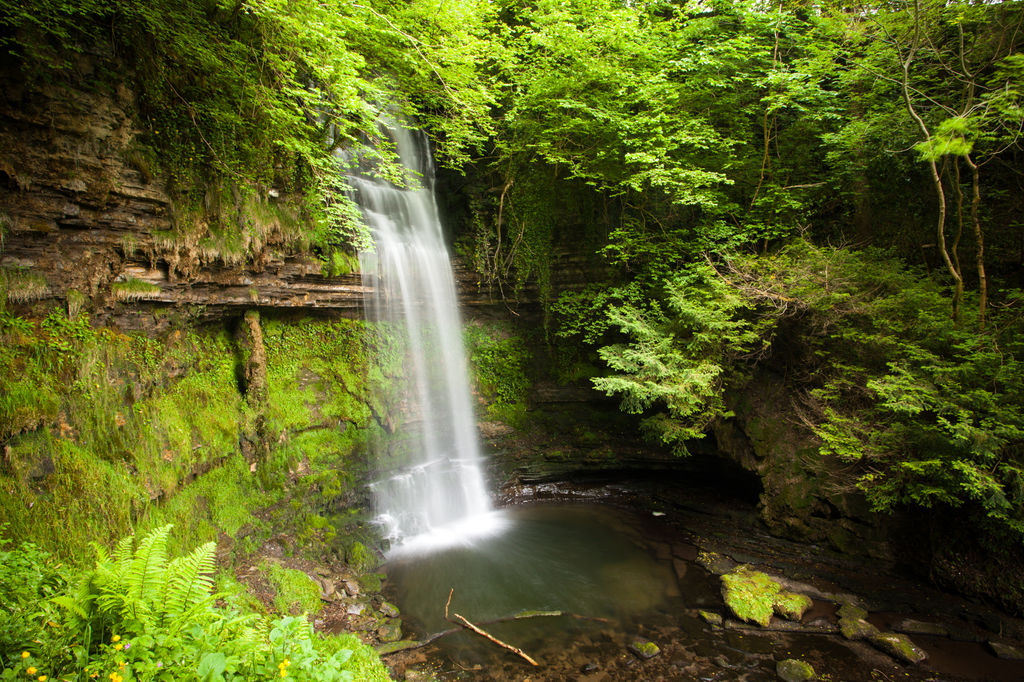 “where the wandering water gushes from the hills above Glencar”  W.B Yeats

The line comes from one of Yeats’ famous early poems “The Stolen Child” and this most romantic of Irish waterfalls is located in the heart of Yeats country in county Leitrim. It stands at a height of 50 feet at the bottom of Kings Mountain at Glencar Lough. There’s a real mystical quality about this waterfall and you can see why Yeats was so inspired. A good Irish downpour is particularly essential to see Glencar waterfall at it’s very best. 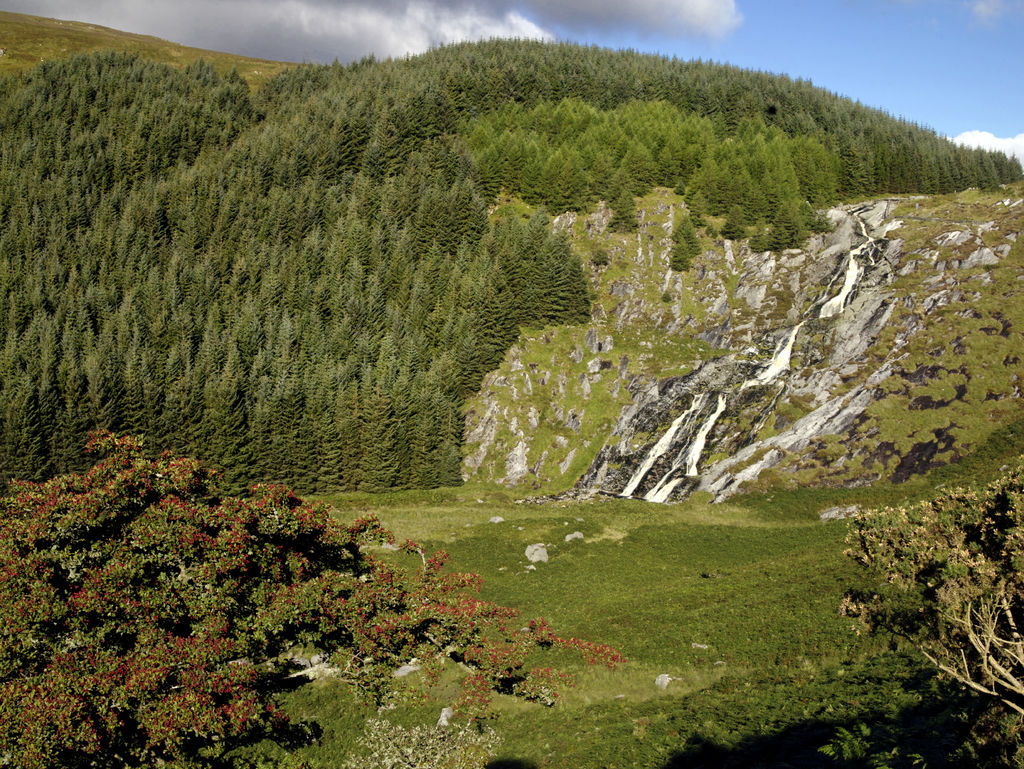 Heading to the east of the country now to county Wicklow where we’ll be visiting two beautiful Irish waterfalls. First of all we’re heading into the wilds of the Wicklow Mountains and the Glemacnass Waterfall. This waterfall marks the start of the Glemacnass valley which ends in the village of Laragh. The river which feeds the fall begins high in Mullaghcleevaun mountain, the second highest of the Wicklow mountain range, standing at 2785 feet.  The fall descends in three impressive drops into the valley below. 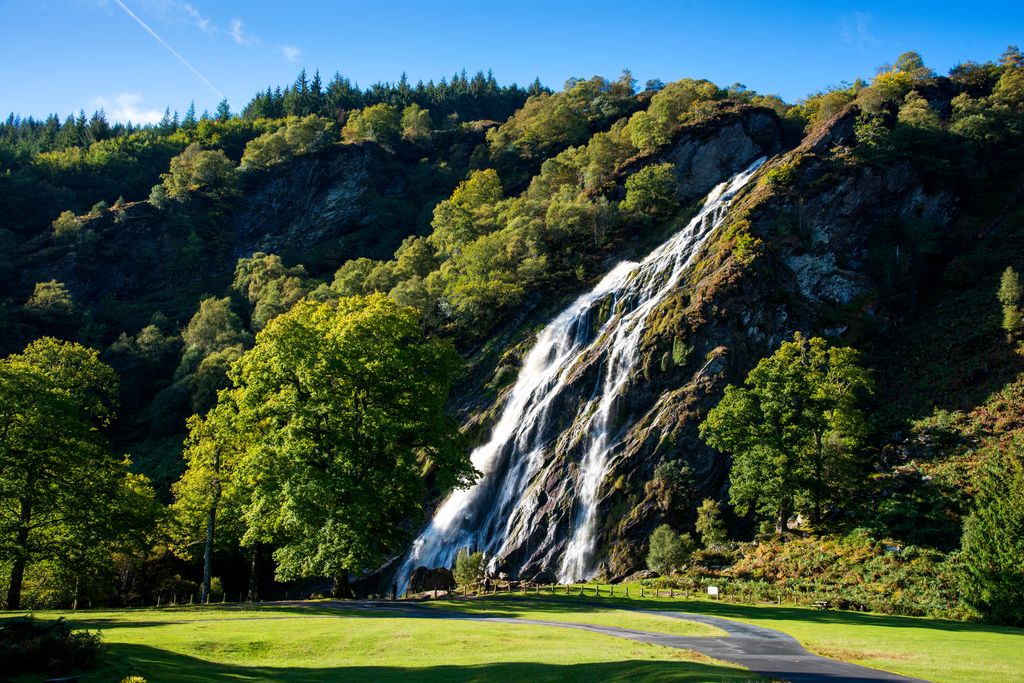 We’ll end our journey at Ireland’s highest waterfall measuring 396 ft in height. Powerscourt waterfall one of my favorite places for a summer picnic. It’s nestles at the foot of the Wicklow mountains and is right next to the stunning Powercourt Estate.  The stunning gardens here were first laid out in 1731 and cover over 47 acres. They were also voted no. 3 in National Geographic’s top 10 gardens in the world.

Well I hope you enjoyed our whistle stop tour around Ireland’s waterfalls as much as I did. See you next week for further adventures on the road.

Journeys Around Ireland With Lulu. 7 Wonders of Ireland

Journeys Around Ireland With Lulu – A Jaunt...

10 Things You Need to Know about Ireland’s...

Clearance Sale Save Up To 75% Off On Best-Selling Products.